Eminem confronted an intruder who broke into his home earlier this month.

Clearly, Eminem is even more fearless than we thought. The rapper reportedly came face to face with someone who managed to sneak past his security detail and get into his house. According to TMZ, it happened at about 4 AM when Em was “asleep,” and his security was positioned out front. While the Detroit rapper lives in one of the city’s gated communities, the intruder reportedly snuck in through the back and cracked the kitchen window with a rock, creating an opening for him to get inside. Eminem, who was asleep at the time, was awoken by the blaring alarm, which also alerted his security.

Eminem came to find the perpetrator who was later identified as 26-year-old Matthew David Hughes in his living room, not appearing intent on stealing anything from the rapper’s home. The police were summoned to the home, and Em’s security promptly restrained the intruder until he was taken into custody. Hughes was charged with two felonies: malicious destruction of a building and first-degree home invasion. He is currently still detained at the Macomb County Jail where is being held on a $50k bond. 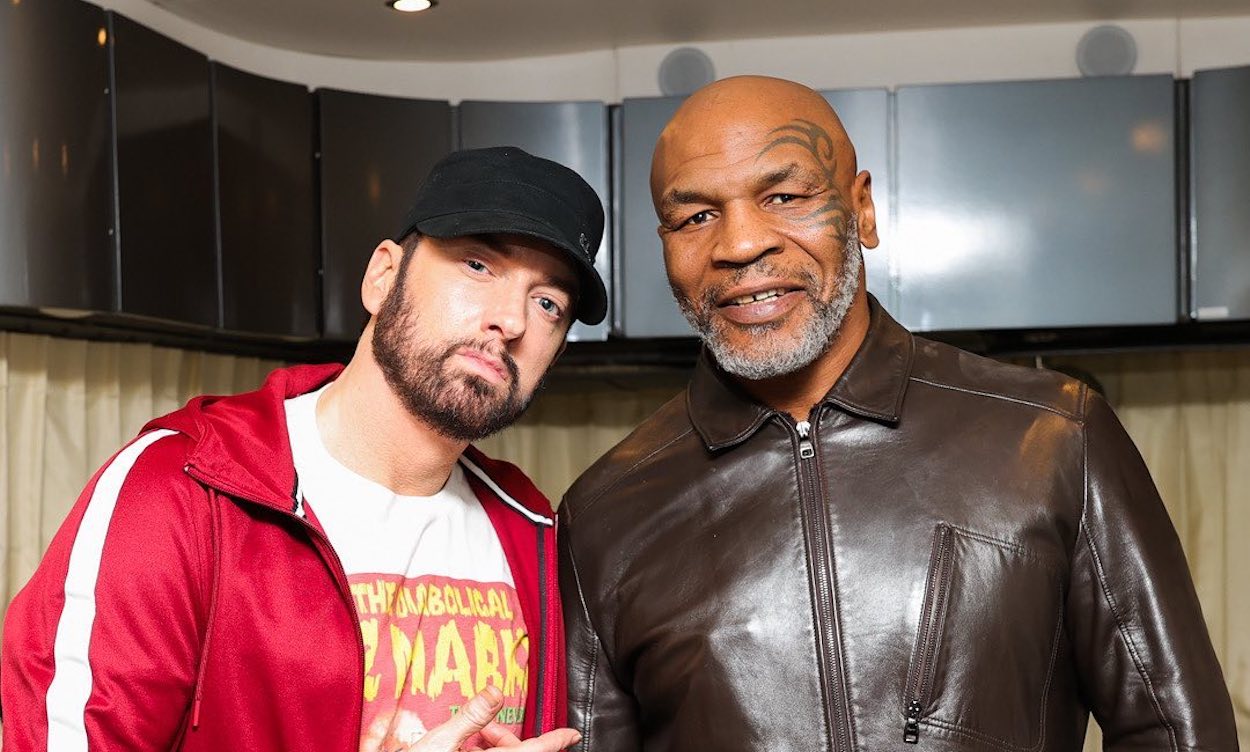 As TMZ pointed out, Hughes might have just made this incredibly bold move in an attempt to see the superstar rapper in person. It’s hard to imagine that someone would be so inclined as to literally commit a crime for this end, but he apparently did not show any signs of wanting to steal anything.

Maybe he just wanted to quarantine with Eminem. We can’t wait for the Detroit rapper to be asked about this in an interview so we can get even more details about the incident. Aren’t you curious about what was said when Eminem and Matthew came face to face?

Sources later clarified that when they say the security was asleep they meant it to be figuratively. Eminem’s guards were at the front of the house while the guy entered the house from the rear. Still, it’s safe to say the guards were caught lacking.