Shawn Storm has entered the war in Teacha’s defense, and as usual, he didn’t hold back.

Dancehall artiste Shawn Storm who is incarcerated on similar charges as Vybz Kartel has released a new diss track on the Gaza Don’s behalf and had a few words for Mavado on the ‘gram. Lately, it has seemed like it’s Vybz Kartel vs. Everyone Else in Dancehall, so Shawn Storm decided to help even out the competition a bit. Not that Vybz Kartel would ever need help, but after recent complaints about his trolling, the incarcerated deejay said he would stop posting online.

Consequently, Shawn Storm took to Instagram to address Mavado, who recently called Kartel a “dancehall clown” and a “b*tch” in an online post that threatened Kartel to leave Mavado’s son alone and chronicled the last time the Gaza and Gully Boss saw each other. According to Vado, the incident included the police, Kartel running and escaping into a moving car, and Mavado being asked to leave him alone. Well, Shawn Storm decided to share a story of his own. 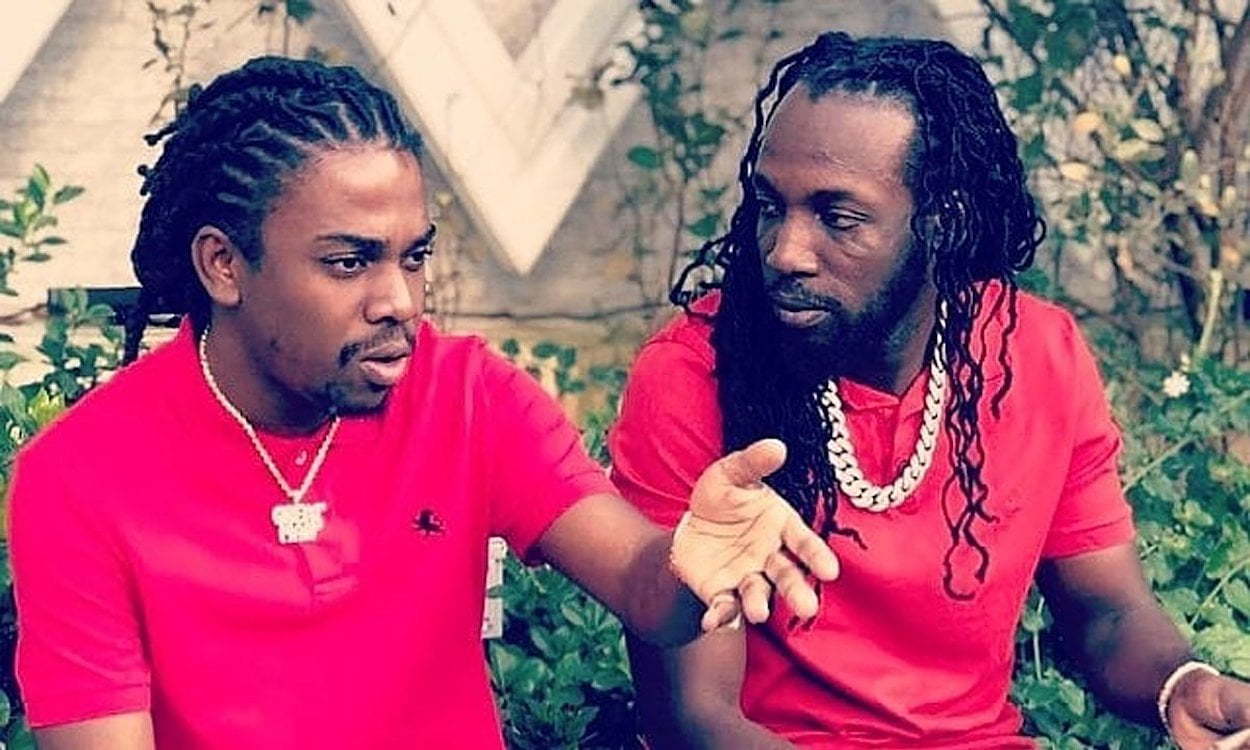 Taking to Instagram to write a lengthy post, Shawn began, “A wah do da p***y ya a write sentimental and emotional post a try look people fi feel sorry fi yuh.” He went on to clear up a few things saying, “yah chat f***kry dread, memba a me step to u ina bembe Thursday and stuff mi 14 ina yuh neck when mi did a walk pass u and yuh clown fren dem,” he wrote. Even Mavado’s cousin and former dancehall artiste Chase was caught in the “cross” fire. “N unu a try stop me n big foo-fool Tracey Cross get a bax ina him face,” Shawn Storm added.

“Chargie u is f***in p***yb**h n***a fi run off a farin n mek yuh son a run remand fi yuh dawgface. Gaza run dancehall and all yuh son seh dat.” Shawn Storm also recalled Mavado “bigging up” Kartel during a television interview a few short years ago and told the Gully Gad that he is one of the deejays that Teacha “put a road.”

Shawn Storm seemed to take Mavado’s diss to Kartel a bit more personal than the others because he was there to experience some of their encounters. However, in his new song “Blud Bath,” he leaves out no one, not even poor Govana who Aidonia recently namedropped to say no one was on his level.