Playboi Carti bonded out of jail after being arrested for gun and drug charges.

Iggy Azalea can now breathe a sigh of relief after her boyfriend Playboi Carti was released from jail after being taken into custody for drug trafficking and firearm possession charges. The Atlanta rapper was apparently cruising in his Lamborghini in Clayton County when he was pulled over for an expired tag. According to reports from Clayton County Sheriff Victor Hill, the sports car of Jordan Carter, more popularly known as Playboi Carti, was searched following the stop.

Cops found three unidentified guns, 12 bags of marijuana, Xanax, codeine, and oxycodone, authorities said. According to a report by the AJC, the rapper was accompanied by another man, Jaylon Tucker, who was also arrested and taken to the Clayton County Jail for processing. Based on records from the County Jail, it seems Carter posted bail and was released on Friday, however, his co-accused Tucker is still in custody facing gun and drug-related charges. 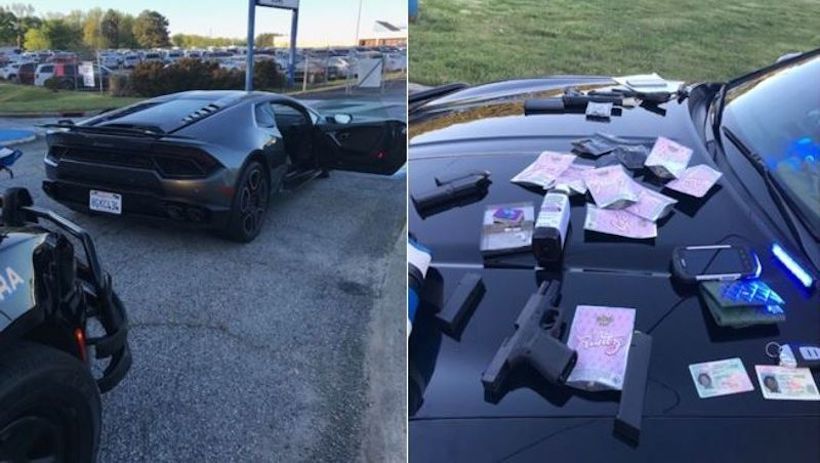 While Playboi Carti has been laying low since the start of the new year, he and Azalea made the news in December, 2019 after their home on Buckhead was broken into by burglars who made off with more than $350,000.00 worth of jewelry. Back in 2017, he was almost taken into custody on domestic abuse charges following an incident outside Los Angeles International Airport involving his now ex-girlfriend. However, the case did not make it to court.

Playboi Carti is currently working on his long-awaited sophomore album, Whole Lotta Red, which is scheduled to arrive sometime this year.