Sometimes, it’s just not your week when it comes to dropping an album as Blueface and Rich The Kid found out.

There are only 52 weeks in a calendar year, so there is a fair chance that you will release an album on the same day as another artist. The risk is then that your project gets buried under all the fanfare and sadly doesn’t do as well it would have done had it entered the charts any other week.

Blueface and Rich The Kid did not choose a good week. Blueface dropped his debut album, Find the Beat, on March 13 — the same day that the Rich The Kid star released his sophomore offering, Boss Man. Also bringing out albums that day? Lil Uzi Vert, Jay Electronica, and Don Toliver. 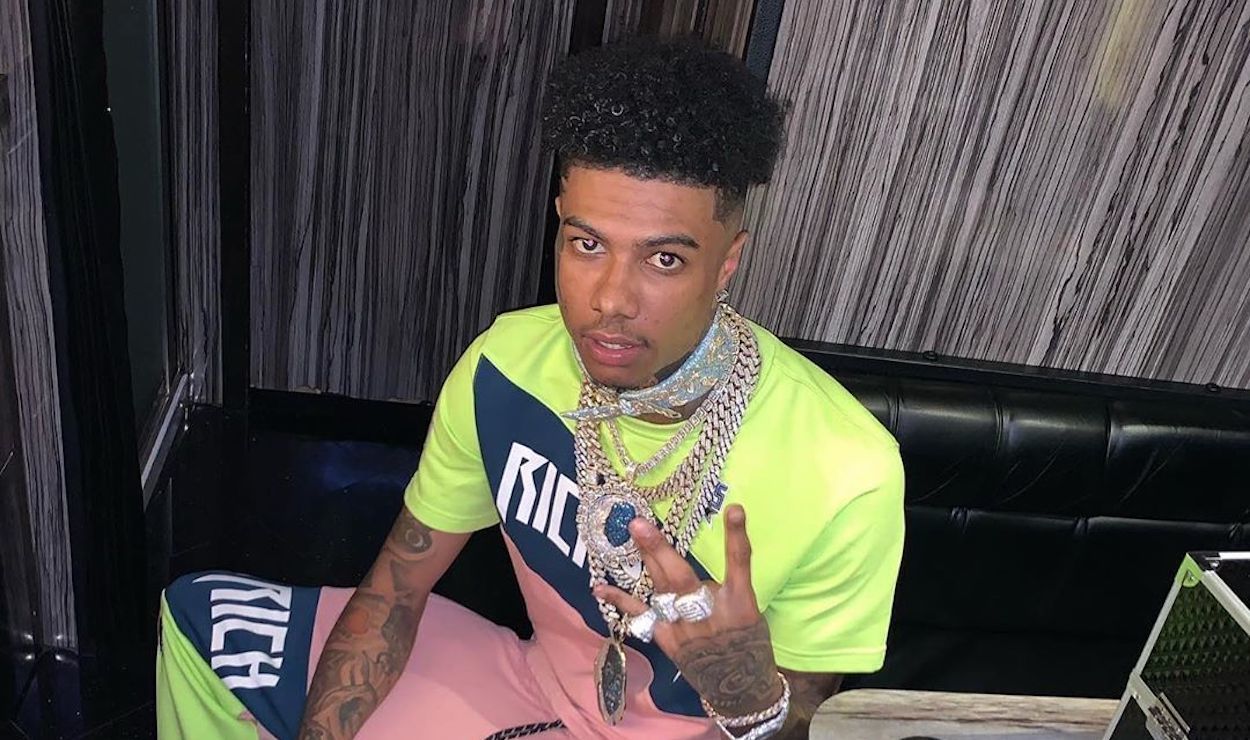 Lil Uzi’s Eternal Atake Deluxe Version followed his original chart busting album that dropped a week prior. The deluxe edition included 14 additional songs, and the “That Way” rapper’s dominance on the chart meant that Blue and RTK barely ranked.

First week numbers indicate that neither artist will crack the top 20 on the Billboard chart with their albums as they are only expected to sell around 15,000 to 20,000 equivalent album units — not ideal for rappers of their fame level.

Still, perhaps there is hope. Blueface has faith in his unique rapping style as he told Rap-Up prior to the album’s release. “I really made a name for myself being off beat, so I just took that and made whatever you wanted to make of it into what I wanted to make of it,” he said. “People got a way of making stuff they way… I put my little seasoning on it and it’s gonna be both our way.”

Both, Blueface 'Find the Beat' and Rich The Kid 'Bossman' albums are on pace to sell between 15K-20K first week each with Rich the Kid in the lead between the two so far.