JAY-Z has received some backlash since he has teamed up with the NFL, but he never addressed being called a sellout until now.

Roc Nation artist Jay Electronica released his new album “Written Testimony,” and it comes with a response from JAY-Z about the whole NFL and Colin Kaepernick drama and the reactions that ensued after Roc Nation took the NFL deal. The NFL inserted itself into black history with a particularly racially biased controversy that soon became the infamous Colin Kaepernick story. After unfairly dismissing Colin Kaepernick and failing to observe their social responsibility to be free of discrimination, the institution became public enemy number 1, at least for the black community.

Rumors started swirling that JAY-Z called for a boycott and even discouraged other celebrities from affiliating with the NFL in any way. However, Roc Nation soon partnered with the league as a live music entertainment strategist. Their deal stipulates that JAY-Z’s company would be the primary consultant on things like entertainment and social justice. While some saw it as a step in the right direction, others thought the irony was an insult on top of injury. 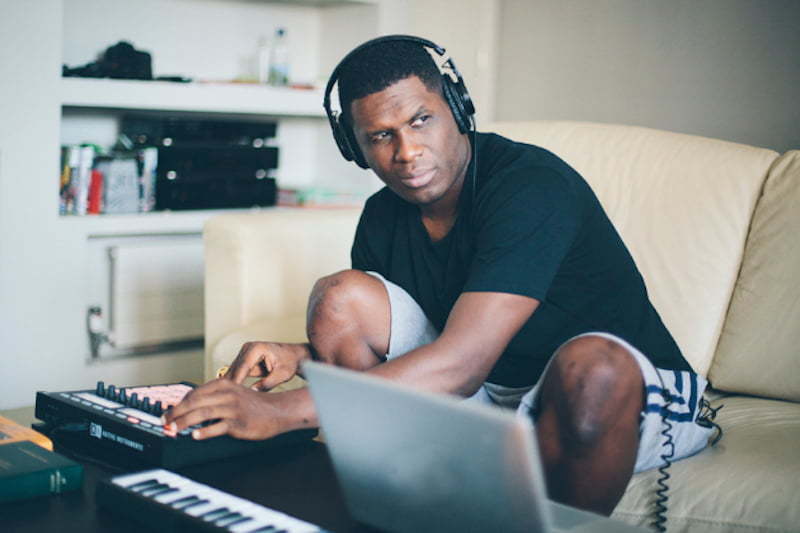 On Jay Electronica’s highly anticipated new album, Hov is featured on quite a few songs, including “Flux Capacitor” where he addresses being called a sellout by some members of the black community.

“Why would I sellout? I’m already rich, don’t make no sense/Got more money than Goodell, a whole NFL bench/Did it one-handed like Odell, handcuffed to a jail/I would’ve stayed on the sideline if they could’ve tackled that sh*t themselves,” Jay-Z raps on the track.

This isn’t the first time JAY-Z is saying something about teaming up with NFL post the Kaepernick fall out. The rap mogul maintains that it’s time to work on a forward action, not dwell on the past. Some time ago, the Roc Nation boss said in a statement that “No one is saying [Kaepernick] hasn’t been done wrong. He was done wrong. I would understand if it was three months ago. But it was three years ago and someone needs to say, ‘What do we do now — because people are still dying?” he continued. “We are two adult men who disagree on the tactic but are marching for the same cause.”

After Shakira and J. Lo’s successful and much raved about performance at the Superbowl half time show this year, it’s safe to say Roc Nation will be working with the NFL on grand events like these for a while. Maybe it’s time to see what Jay’s agenda is and see how we can all aid in the fight against racial inequality.