Nicki Minaj has never hidden her love for pink, and she wasn’t about to start when she returned to her home country.

The “Yikes” rapper was born in Trinidad and Tobago and lived with her grandmother in Saint James, Port of Spain, until she was five. Although she has proudly made a name for herself as a rapper from Queens (even naming her fourth studio album “Queen”), she has never forgotten the land of her birth.

Nicki Minaj ventured to Trinidad and Tobago this week and posted a snap of herself looking thoughtful but relaxed in Port of Spain. The 37-year-old did not caption the pic, but we think the image speaks for itself. Dressed head to toe in her favorite color, Nicki brought the pink fire by wearing a practically-neon bright wig, a striped pink and white jumpsuit, a floral cap, and matching bikini top, while clutching a magenta bag. 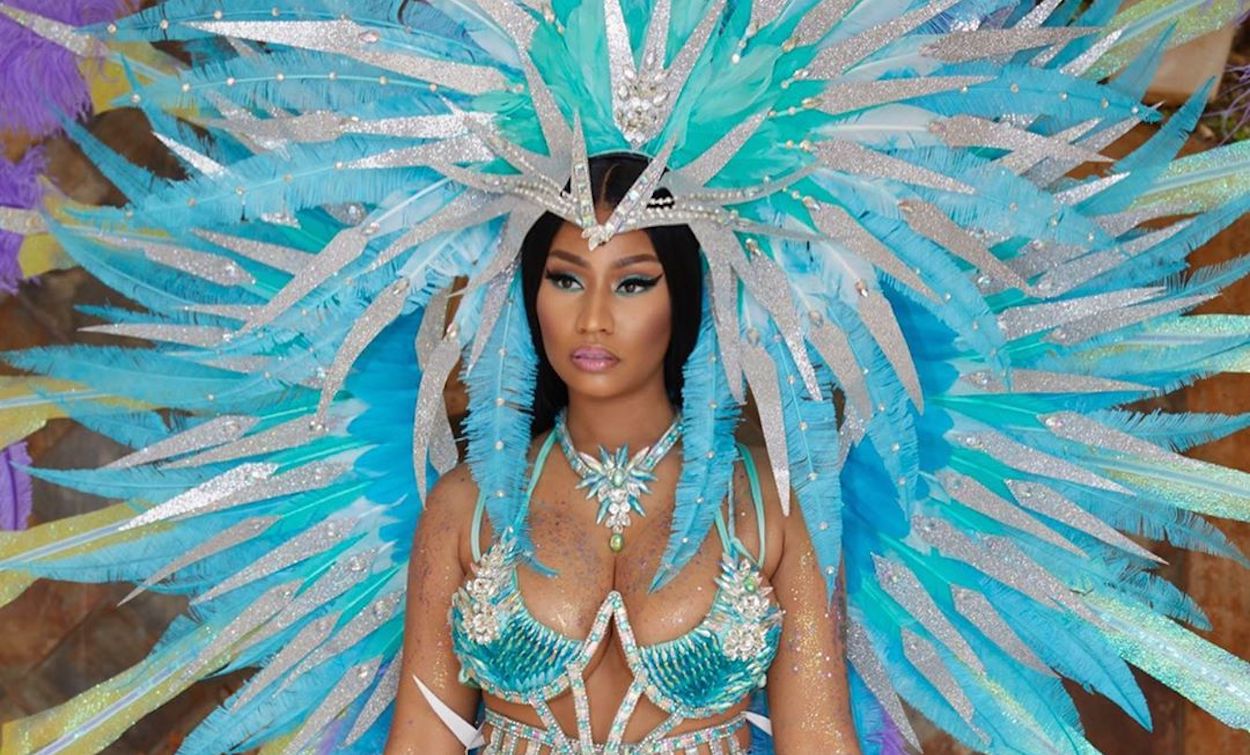 What is even more telling is that Nicki exposed her midriff. For the past few days, Nicki and her husband, Kenneth Petty, have been followed by rumors that she is expecting their first child. To be fair, Nicki was the one who gave us the idea in the first place… she posted a video to Instagram that included her man rubbing her belly ahead of their trip to the Caribbean island and previously teased that there is “a lot to celebrate”.

Nicki has attempted to shut down all pregnancy whispers, replying to fans’ questions in her IG with, “Why I feel like I’m about to get a beating? Y’all swear y’all my mother chile. I’m pregnant with so many ideas for this album. It’ll be my best.”

She seems to be emphasizing this even further by showing off how flat her stomach is while on vacation.