Royalty Brown is the real star of the family.

Chris Brown’s oldest child, Royalty, showed off her singing voice in a recent video posted by her mom, Nia Guzman. The clip shows the sweet 5-year-old passionately singing the lyrics to the country pop hit “10,000 Hours”, before remixing the song to sing a bit about doing the dishes and how much she loves her mom. Chris’ ex posted the video to her Instagram feed with the caption, “I LOVE YOU MY BABY…MY ROYALTY!”, quickly receiving many messages of adoration and support for the performance. 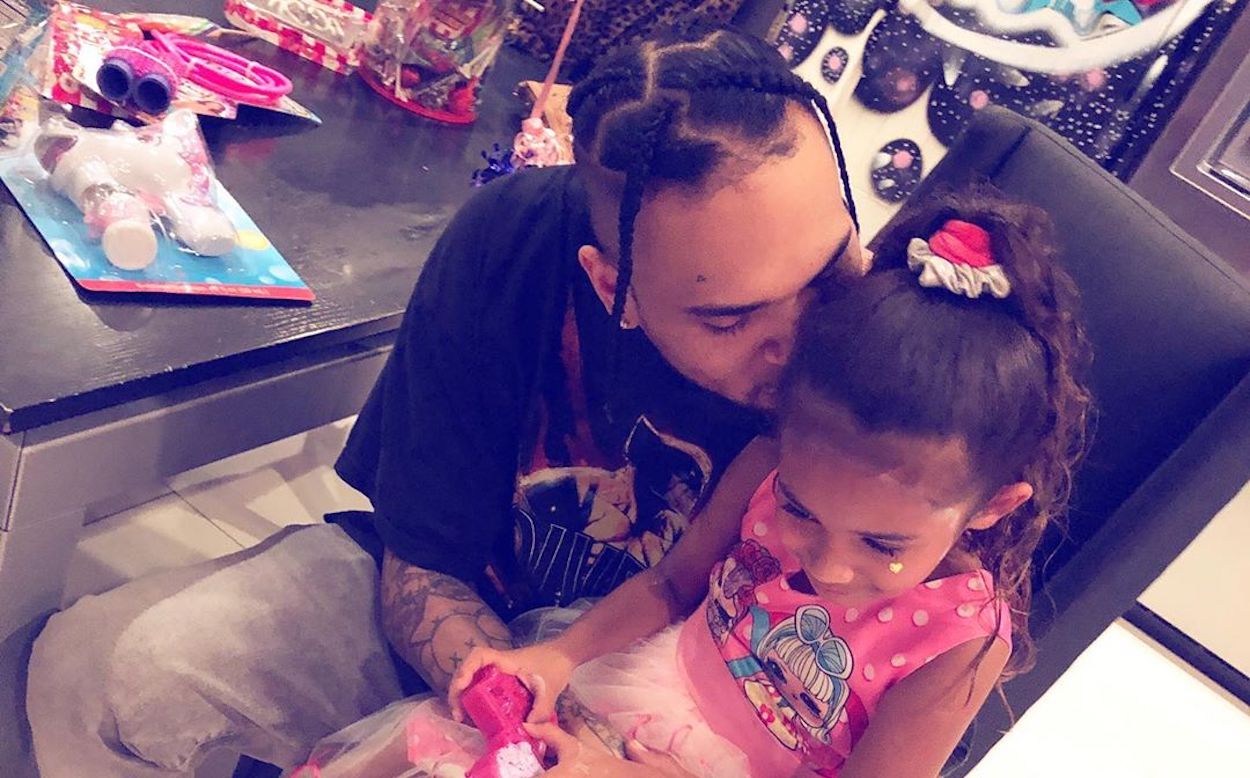 Royalty has been appearing more often in the public eye over the last couple of years, most notably for her artistic leanings. She has been seen singing and dancing, even suffering a minor head injury after trying to master her dad’s famous “spin” move. While she might not be on her father’s level quite yet when it comes to stage presence and performance skills, she is showing great promise for someone so young. Chris recently shared a video of his daughter dancing to his song “Gimme That” while drawing on some of the crump-style moves that helped make Chris famous.

Royalty Brown was born to Chris and Nia in 2014, although the two were not in a relationship at the time that the pregnancy was announced. Last year, Chris welcomed his second child with ex-girlfriend Ammika Harris. The two announced the birth of a little boy named Aeko Catori in December 2019. Only time will tell if both children have what it takes to be stars.