The Weeknd has a massive world tour planned for this summer.

Grammy-winning singer, The Weeknd, has a brand new album coming soon, and he just announced that a massive world tour will follow. “The After Hours Tour,” which is set to take place from June 11 through November 12, is a global arena tour that will span 57 concerts across North America, Europe, including the U.K.

Don Toliver and singer/songwriter Sabrina Claudio will open for The Weeknd on the U.S. leg of the tour. Then over in Europe, the headliner along with Sabrina will be joined by Canadian hip hop duo, 88GLAM. This is The Weeknd’s first world tour since “Starboy: Legend of the Fall Tour” in 2017. This time around, he will be performing shows in Belgium, The Netherlands, Germany, and more. The event will reportedly feature state-of-the-art production, and The Weeknd will be breaking barriers as his set is also slated to showcase special stage designs with the “most LED lights and video for an arena show” ever.

The Weeknd has already released a couple of singles from his impending album After Hours, which is set to be released on March 20. Two of these tracks, “Blinding Lights” and “Heartless,” arrived with new visuals, and the title track is a six-minute long production. 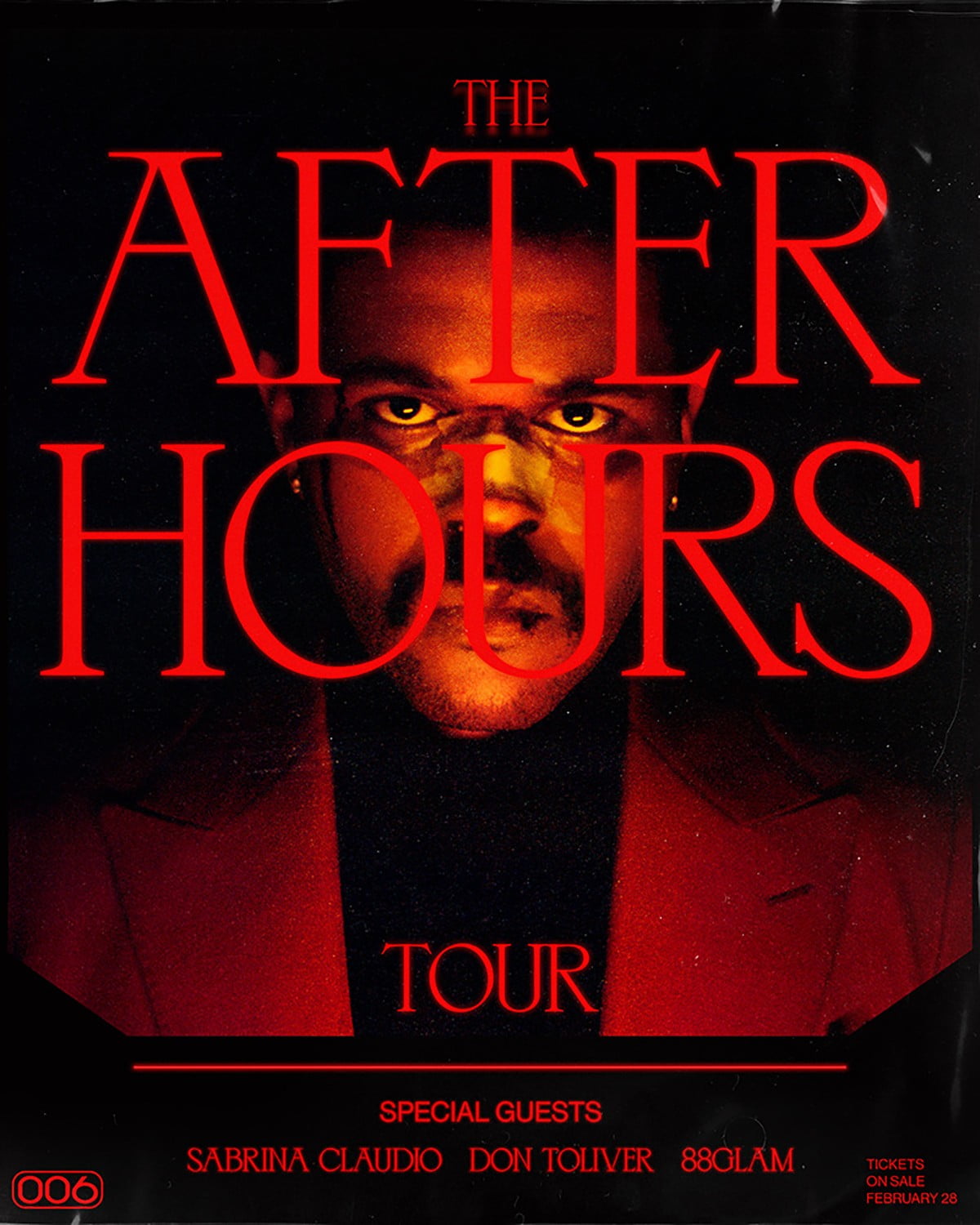 The tour is set to kick off in The Weeknd’s homeland as the first date June 11 is scheduled to be the tour’s opening night in Vancouver. Tickets will be available at 10 a.m. local time on February 28, but American Express cardholders should have access to a special pre-sale starting on February 25.

As part of his press run, The Weeknd will perform on Saturday Night Live on March 7, less than two weeks before his album After Hours is unveiled. Fans were already excited to hear that The Weeknd is dropping his new project a month from now, but they’re even more ecstatic about seeing the vocalist headline another world tour this year.

The Weeknd “After Hours” Tour Dates.