Boosie Badazz and his family are standing up for what they believe is right and will not falter under the pressures of social media. This is following the “Wipe Me Down” rapper’s comments about the decisions made by Dwayne Wade and his wife Gabrielle Union in reference to their transgender child formerly Zion now Zaya. The Baton Rouge rapper came under heavy fire from critics after he posted a video of himself pleading to the basketball legend to allow his child Zaya to make his own decision.

“That is a male. A 12-year-old. At 12 they don’t even know what their next meal gonna be,” Boosie rants. “Bruh, you gon’ too far, dawg. Don’t cut his d*** off, bruh,” pleaded a distraught Boosie, who took the mantle to boldly share the thoughts that many other persons too afraid to share. 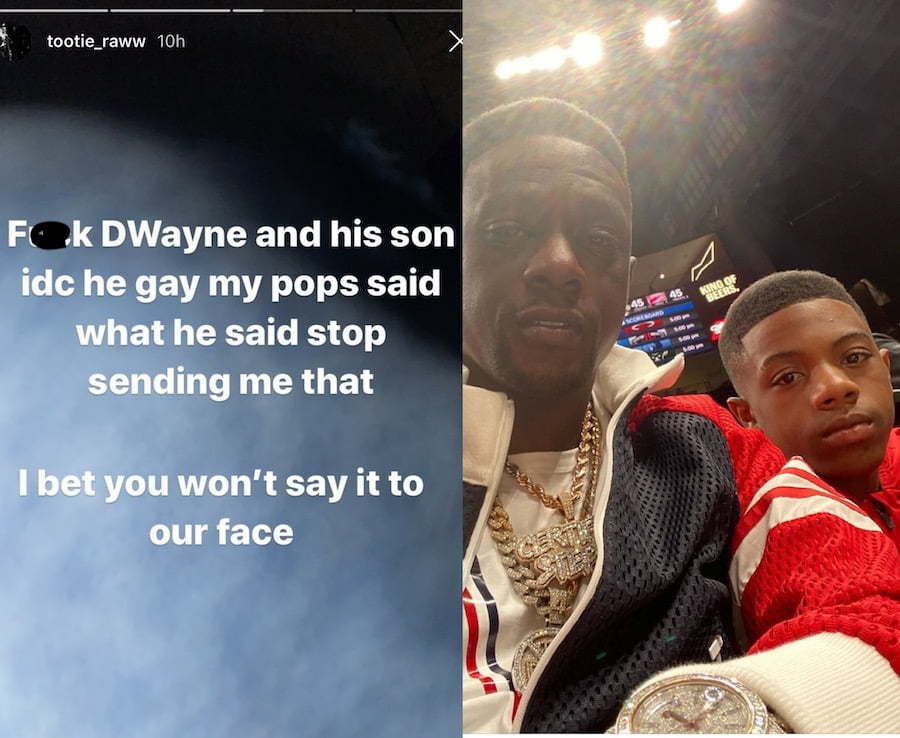 While a lot of persons have thrown support behind the rapper, there have been many calls for Boosie to retract his statements and stay out of the Wade family business. The severity of the backlash was noticed earlier after the rapper was kicked out of a Planet Fitness.

The Boosie family is clearly not one to take anything lying down, as Boosie Badazz’s son grew tired of all the hate social media was serving up to his dad and decided to come out swinging. The 16-year-old Terrance Hatch Jr., who is better known to the world as Tootie Raww, took to his Instagram Stories to share just how he felt about the situation. 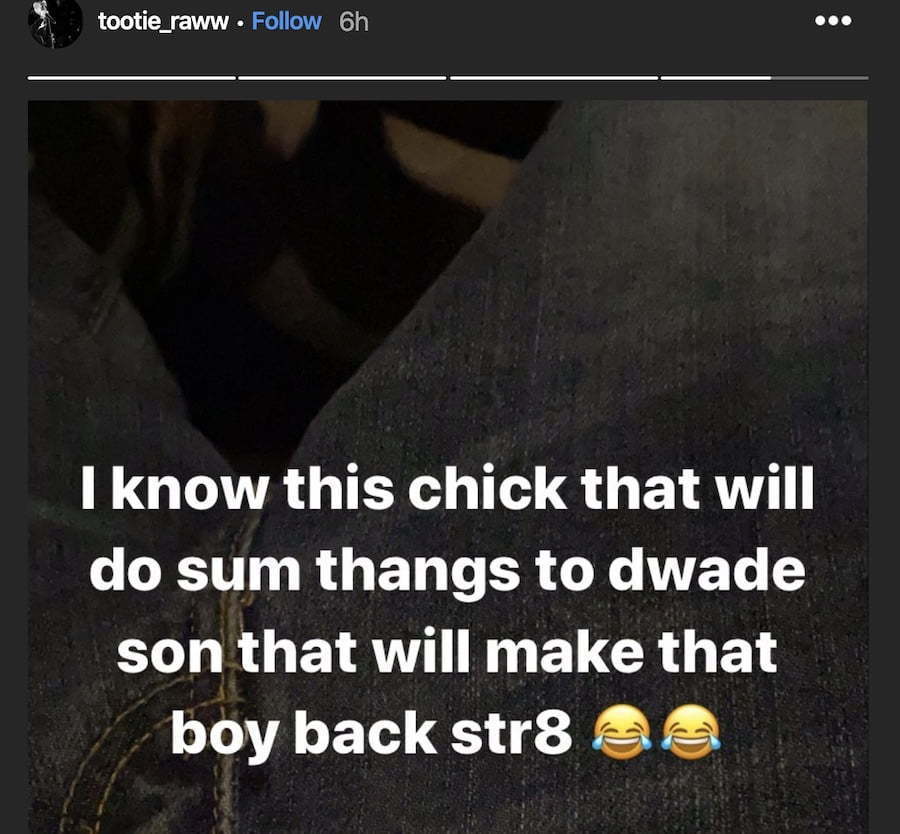 “F**k Dwayne and his son idc he gay my pops said what he said stop sending me that,” he commented. The age-old saying that the apple doesn’t fall far from the tree proves true, as the statement sounds exactly like what Boosie himself would pen.

Tootie went a step further to dare anyone to approach him or his father face to face about their opinions. On a lighter note, he also teased that he might know the formula to get Zaya to identify as a male once more.

“I know this chick that will do sum thangs to dwade son that will make that boy back str8,” he commented, followed by a handful of laughing emojis.