50 Cent says Tekashi 6ix9ine won’t have any trouble resuming his music career when he gets out of prison.

Tekashi 6ix9ine has been a hot topic in the media for over a year now. His high profile trial saw him throw many characters under the bus and subsequently left fans and family concerned for the rapper’s life after lock up. Though he has reportedly been scared for his life and that of his family at times during the trial, 6ix9ine has taken a different, seemingly less concerned approach. The rapper opted to get right back to his music career when he gets out and doesn’t even want to enter into a Witness Protection program.

This raised many eyebrows but the rapper has already started scoping out plans to accommodate his life after prison. One expert in the game who believes Tekashi 6ix9ine will have no problem selling records is 50 Cent. The Power producer is currently on a press run as he says goodbye to his hit television series “Power” and hello to his new spin-offs. During an interview with Angie Martinez, Fifty was asked about the Tekashi 6ix9ine situation as expected with the media hot topic. According to Fifty, kids these days don’t really understand the unwritten rules that govern the street stuff so they’ll listen the music anyway.

“There’s nothing that will stop him from selling records,” Fifty said about 6ix9ine. “Ask them when they bought a CD last ’cause they’re not the music-buying audience,” he continued. “Middle America has kids that understand that you didn’t support people who were gonna hurt your mom. That you didn’t support people who were going to hurt you. They do try to understand the energy that goes on it and all the terminologies and all that stuff. But they do understand that part.” 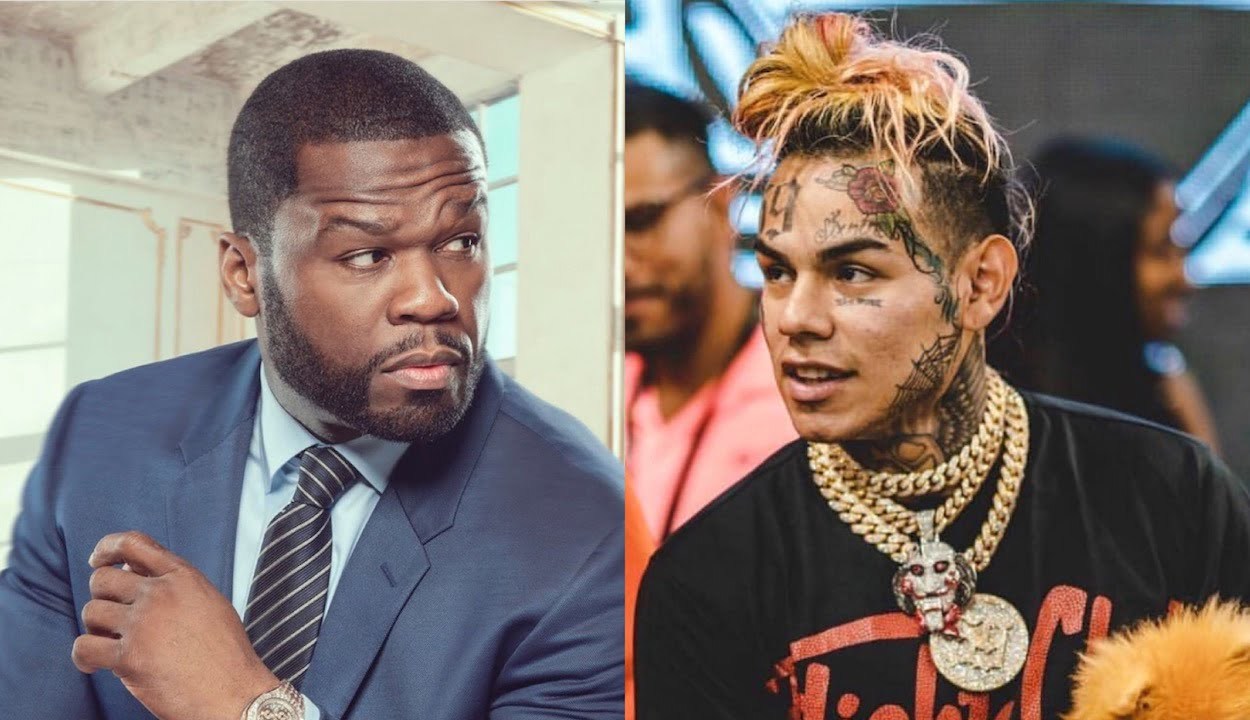 “They’re going, ‘was I supposed to keep it real and do 40 years for the dudes who were gonna do something to my mother and they was actually plotting to really hurt me?’ To the kids, they don’t understand it. They don’t understand the street stuff.” the Power producer said. “Do you know who is behind Tekashi?” Fifty asked alluding to Lucian Grainge. “That’s the machine, Ang. That’s the big machine,” he explained.

50 Cent further explained the logic behind Tekashi 6ix9ine’s ability to stay relevant. He told Angie that the record label lost $280k when the incarcerated rapper was taken away because they had invested in a full production for a new music video that never happened. His point was that all the hype and anticipation would definitely lead fans to inevitably check out anything 6ix9ine drops next. “With all of the energy around Tekashi being released, if you don’t hear anything but then the new song is surfaced, man that joint would have been played. Every kid would have been going ‘let me hear what he said.’ It would have went so far.'”

According to Fifty, music is not where Tekashi 6ix9ine will have an issue, it’s with retaliation from an unknown. “He’ll have the same fear that 2Pac expressed that his fear was,” he explained. “He expressed that he would get killed by a random nobody. That’s who Tekashi would have to be worried about as far as gang association and the energy that’s going on outside.”

Elsewhere in the interview, Fifty said he would “absolutely” still do a scripted docu-series on Tekashi 6ix9ine. “This is hip-hop culture we documenting here. This is a big change in the climate of things. Somebody has to cover it,” he said causing Angie to crack up laughing.

It’s only a matter of time before we see what Tekashi’s career will be like when he is released this summer. Will you be buying his next record?