Soca superstar Machel Montano invited thousands of fans to watch him get married in a grand finale concert.

Machel Montano is well known for his annual concert event in Trinidad called Machel Monday. The exciting yearly extravaganza that has been ongoing for the last decade came to a ceremonious close this week when Machel hosted the final staging and ended with a wedding on stage in front of his fans.

The singer promised fans that the final installment of his exciting long-running event would be one to remember. He asked concert-goers to dress for a wedding, so most were wearing white- some more formal than others. Some fans even received a wedding cake when they arrived at the venue. 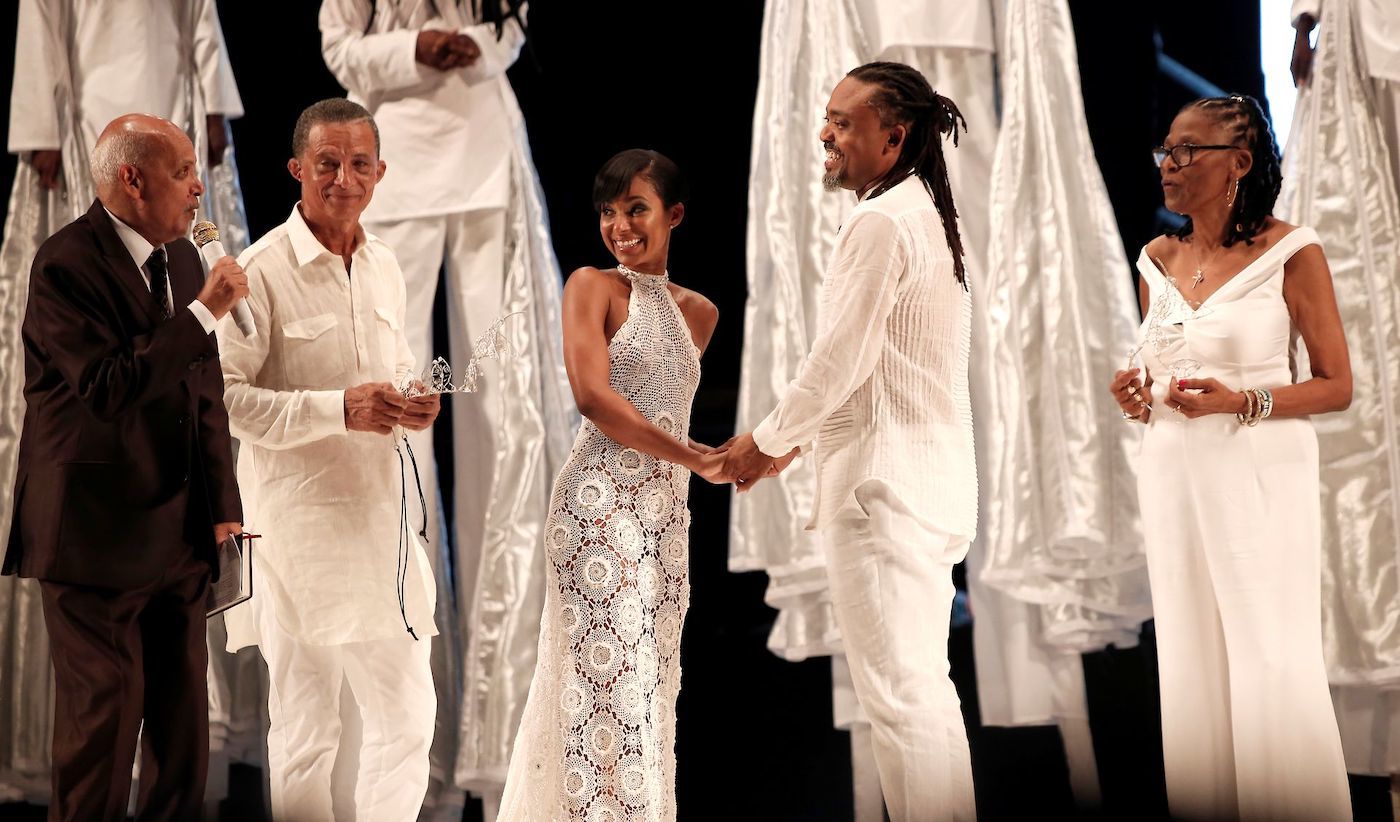 Though he and his wife and longtime partner Renee Butcher already tied the knot on Valentine’s day in Port of Spain, Trinidad, they had a second ceremony on stage in front of some lucky thousands.

The six-hour-long event featured a great lineup of performances, including Tarrus Riley, Afro B, and more. During his time on stage, Machel Montano said a heartfelt goodbye to his fans as he ended Machel Monday’s decade-long run.

“This is the last Machel Monday but if I tell you bigger things coming, you think I could do something better than this?” Machel said preparing the crowd for an announcement. “I’m out to take you out on a ride in 2021, imagine me on the shore, Machel Monday is the shore, we going to leave the shore behind and going out to the sea.”

Machel Montano will be performing on the 2021 cruise that will set sail from Florida. Fans can already pre-register on the event website to book a cabin onboard the cruise ship.

Machel Monday has been a part of our lives for the last ten years. They say all good things must come to an end, and this iconic event will always be a historic part of the soca kingdom.

Today we have fulfilled the civil requirements in the eyes of the State and legally we are Mr. & Mrs. Machel Montano – now we move on to our Wedding… . . ? @yaisatangwell

Was a special kind of blessing to make our vows in front of thousands of famalay last night! ??? This last Machel Monday marked the beginning of a new era ? New man, new wife, new season! . . ?: @bermentphotography . . #TheWedding