Swae Lee is on a mission to do what makes him happy, even if that means walking the fine-tooth gender lines when it comes to his taste in fashion.

Swae Lee’s eccentric style has always shown bright, and his latest collaboration with Giuseppe Zanotti is his way of bringing his style to his fans. The 24-year-old rapper had a sitdown with Footwear News where he spoke of his vision. However, in order to understand the vision, you must first understand a little about his past. During the sitdown, the Rae Sremmurd rapper shared his love and fascination for the Giuseppes brand. “We couldn’t afford it, so you were a real high-end dude if you wore Giuseppes. You were going to make a lot of noise and turn heads if you came through wearing them,” mentioned Swae. Not only does Giuseppes make some of the dopest sneakers and kicks, but they are always making a big splash in dress shoes, hinging on the trend of heeled shoes that other world-renown brands have also latched onto.

The Swae Lee inspired Giuseppe Zanotti’s heeled boots has become a topic for discussion on social media, with the rapper being on the end of some pretty harsh comments for wearing ‘female’ styled clothing. Funny enough, the heeled shoe concept for men has actually been around for quite some time. The flamboyant 70s was a time of exploration, and men regularly sported various heeled boots and platform shoes. The heel was actually a measure of status; the higher the heal the more affluent you came across. 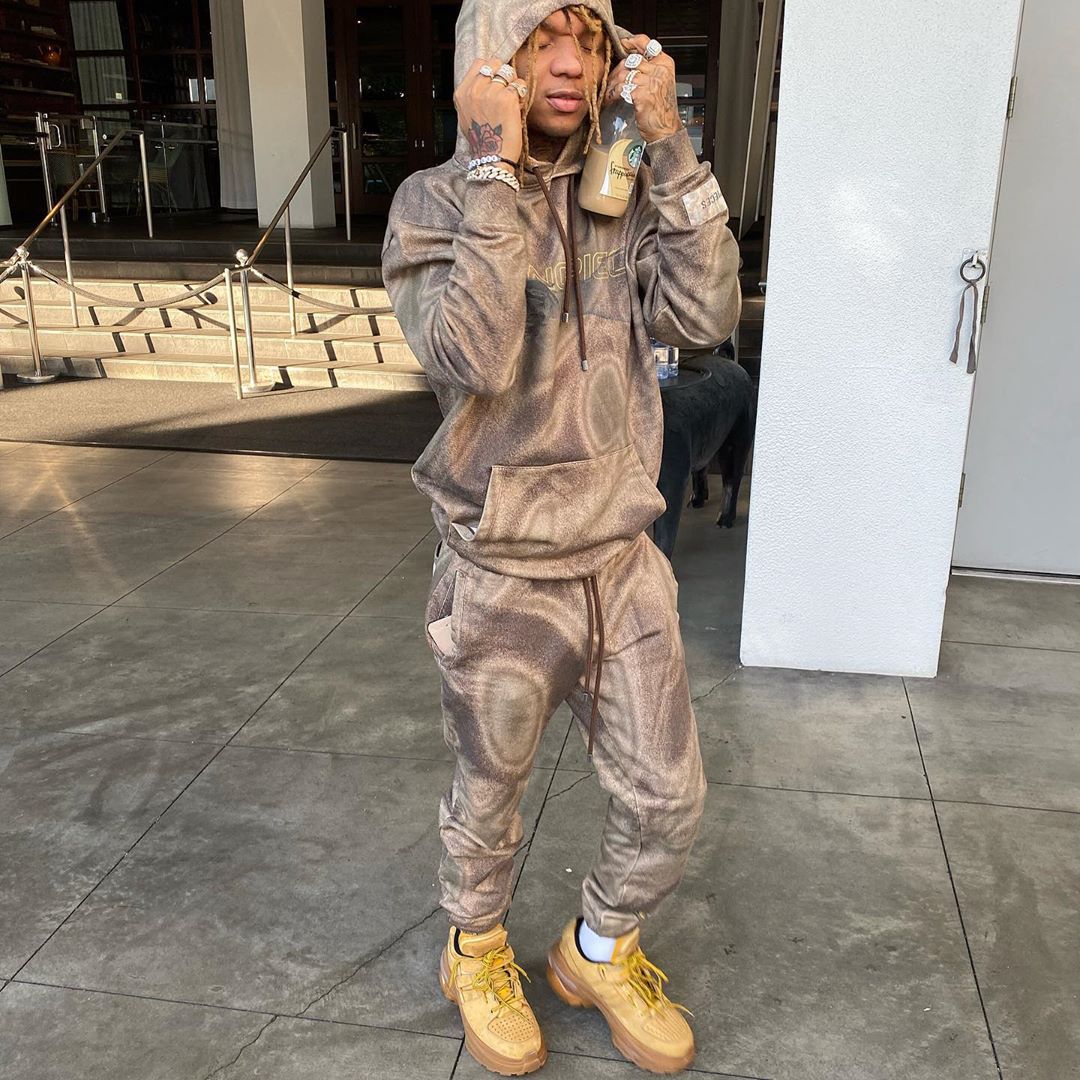 According to Ellen Sampson, the author of the forthcoming book Worn: Footwear, Attachment, and Affects of Wear, “The 1970s saw a 1930s/40s revival which spurred interest in 1940s shoe shapes, particularly Ferragamo-style platforms, which recently inspired the Gucci platform.” Cowboy boots could also be thrown into the mix of men’s heeled boots, but instead of being a tool to smudge gender norms, cowboy boots are usually seen as a strong symbol of masculinity.

The whole idea of the rapper, who portrays a thug persona wearing heels, is still somewhat new for hip hop culture and is mostly being pioneered for the youth of the genre, although Kanye West has rocked a few. “A lot of [rappers] are f**king scared to wear s**t. They want to think the old ways and put a limit on that s**t,” mentioned Swae, who stated, “I’m not scared to be different.”

With the acknowledgment of his inspiration, it is much clearer to understand his usually flamboyant getup. The rapper is truly not afraid to show that clothes are simply clothes and should not be categorized by gender. Perhaps one of his biggest expressions of this is the outfit he donned to the most recent staging of the Grammys. Swae channeled a Peter Dundas women’s piece, which boasted “white wide-leg trousers and a matching robe jacket.” He also sported one of his creations, rocking a shimmering Giuseppe Zanotti heeled boot. He was not the only rapper who rolled up in gender-neutral attire, as Lil Nas X decided to trod the very thin gender lines.

Swae Lee might not be starting a new trend with this move, but he is surely about to make it a lot more popular.