Cardi B is offering to “dog walk” Fox host Tomi Lahren after her recent remarks about Beyoncé and Jay Z.

By now, most people have heard that Beyoncé and Jay Z didn’t stand for the national anthem at the Super Bowl on Sunday. While a lot of people supported their decision and saw it as their prerogative, there were some outraged right-wing conservatives who weren’t so reserved about it. Fox Nation host Tomi Lahren was one of the more vocal folks who took to Twitter to bash Beyoncé and Jay Z for their “despicable” behavior.

“Beyoncé & Jay-Z (former crack dealer)sit for the national anthem because apparently the United States of America has oppressed them with millions upon millions of dollars & fans. Sounds rough,” Lahren wrote. “Maybe they should try another country that allows them a little more freedom & success?” she added.

Tomi Lahren is no stranger to Jay Z’s mentions. The TV host has had issues with the rapper in the past, calling him a cocaine dealer and things like that. A sample of her voice even made it onto one of Jay’s records. “You hate police, Donald Trump, and the spirit of this nation so much you can’t pick your privileged asses off the chair for 2 mins to pay some respect? Despicable,” Lahren also tweeted. 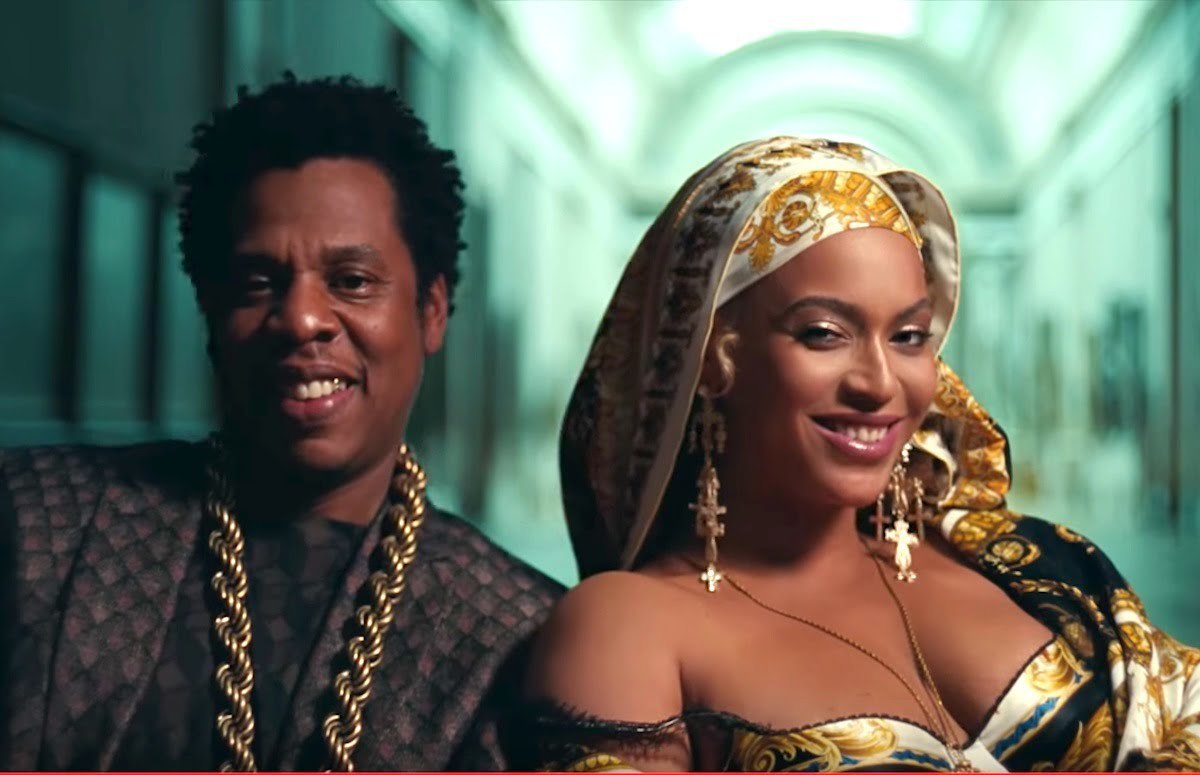 The TV host has also had tension with Cardi B who once told her she’d “dog walk” her when she patronized her on Twitter for talking about politics. Now it looks like she is walking that thin line again on Cardi’s nerves. When a fan quoted the host’s tweet about the power couple and mentioned Cardi writing, “It’s time to walk the dog again. Cardi B wrote back “Get my leash,” to let Lahren know that she’ll get it for The Carters too.

Tomi Lahren found herself in hot water with the “Money” rapper yet again actually right around this time last year when she poked fun at 21 Savage getting picked up by ICE. When Cardi threatened to get her leash on that account, Lahren called it unoriginal but then was quick to send out follow up tweets claiming to actually be a fan of Cardi B’s.

Everyone seems to have something to say about Jay Z and Beyoncé staying seated during the national anthem at the Super Bowl. There is no surprise Tomi Lahren chimed in.

Do you think her comments warranted a dog walking?

Get me my leash

You hate police, Donald Trump, and the spirit of this nation so much you can’t pick your privileged asses off the chair for 2 mins to pay some respect? Despicable.