More details surrounding the Meek Mill and Nicki Minaj screaming match have emerged, and reps for the Barbie rapper say that Meek instigated the confrontation.

This past Friday, just two days before the Grammy Awards, Nicki Minaj and her husband Kenneth Petty ran into Meek Mill at a high-end clothing store in West Hollywood, and things quickly escalated into a tumultuous quarrel. Reps for Nicki say that the confrontation resulted from Meek Mill giving Nicki, who was with her husband Kenneth Petty at the time, a glaring death stare. The publication says the “nasty stare down” happened as soon as Nicki and Kenneth “Zoo” Petty entered Maxfield.

The stare down allegedly led to the confrontation where Kenneth was heard calling Meek Mill a “p***y n***a,” an insult that was returned to him and Nicki was heard yelling, “You can’t get over me!” to her ex during the heated argument. 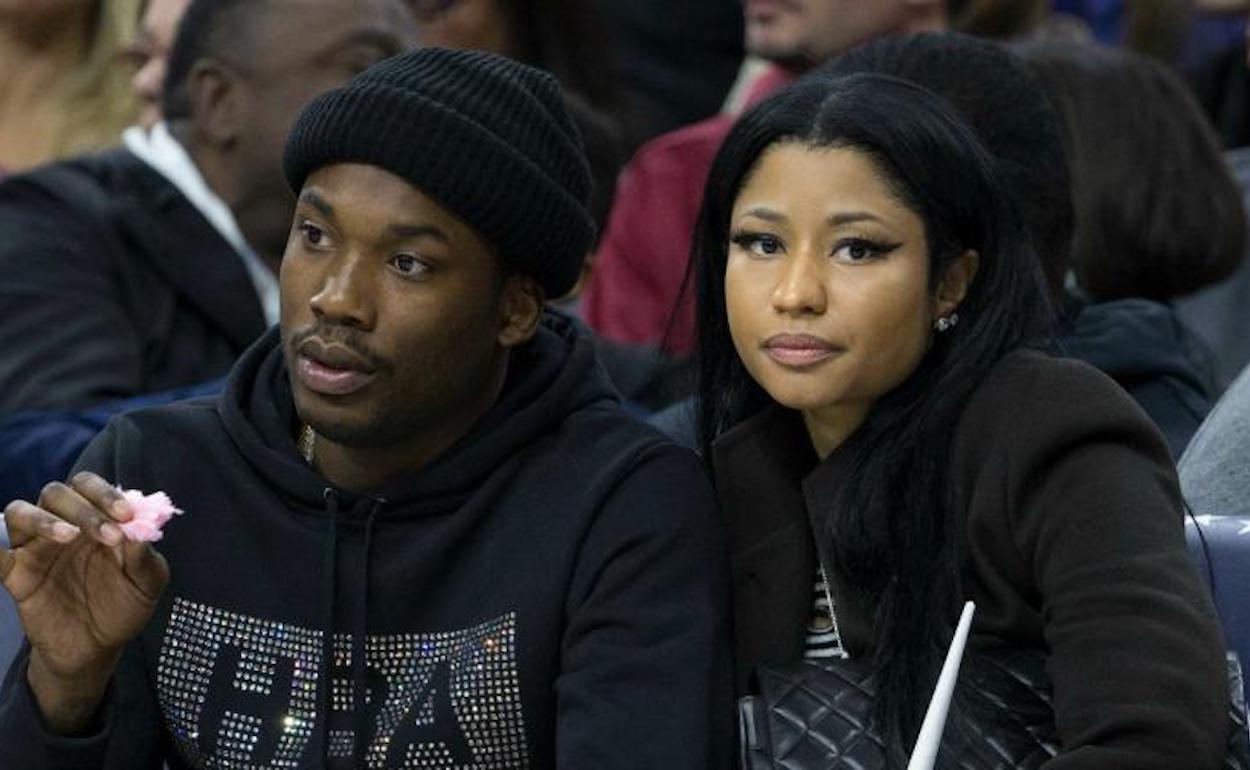 According to TMZ, sources are adamant that Meek Mill instigated the whole thing and is still “obsessed” with Nicki Minaj. Meanwhile, Meek’s story is that Mr. and Mrs. Petty approached him and incited the loud brawl, but sources close to the couple vehemently deny anything of the sort. They say Nicki and Kenneth merely crossed paths with the “Lord Knows” rapper in the store and never approached him at all.

The whole ordeal has led fans to revisit some lyrics of Meek’s himself, where he seemingly sounds upset that Nicki (or an ex of his) had moved on. On the track that was previewed early last year by famous basketball player James Harden, Meek raps, “This s**t beyond me, you was supposed to be my Beyoncé, now you this n***a fiance?!” Of course, everyone assumed that the Philadelphia rapper must have been referencing Minaj. In response to the speculation, Meek seemingly denied that the lyrics were about his famous ex-girlfriend. “Stop the bap I’m like on my 6 girl in the last 2 years let me live,” the rapper wrote on Twitter. “Y’all gotta hear the whole thing first ….. just chill.”

Meek Mill is currently expecting his first child with his girlfriend, fashion mogul, Milano Di Rouge. For some time, it looked like the rapper had moved on from his previous high profile relationship. His ex certainly has as she is now a married woman. What say you, is Meek Mill really not over Nicki Minaj as she suggests?

I’m trying my best to not turn back into a steppa ???

Never let a bitch crash you …. just boss up!