Thee Stallion got some new music on the way with Pharrell for real.

Megan Thee Stallion shares this exciting clip on Instagram of her in the studio with famed producer Pharrell Williams. Megan let everyone know back in 2019, that her debut album was got to be “Hot.” And it looks like sis wasn’t playing around, earlier this evening she posted a short clip of her working in the studio with legendary Neptune producer, Pharrell Williams. In the short clip, we see Megan Thee Stallion in her infamous belly shirt and booty shorts dancing next to a seated Pharrell who is diligently creating some type of techno video game mix. The candid moment shared on Meg’s IG was brief, but just enough to catch fans’ attention.

One fan commenting, “Oh yeah, it’s definitely about to be a crazy album! Let’s go meg!” And another posting, “Sh*t finna get real!”

Megan Thee Stallion has been hard at work; she recently teamed up with Houston singer and former Fifth Harmony artist, Normani, to drop the first single and video, “Diamonds” from the soundtrack Birds of Prey (Warner Bros’. female-led superhero film). 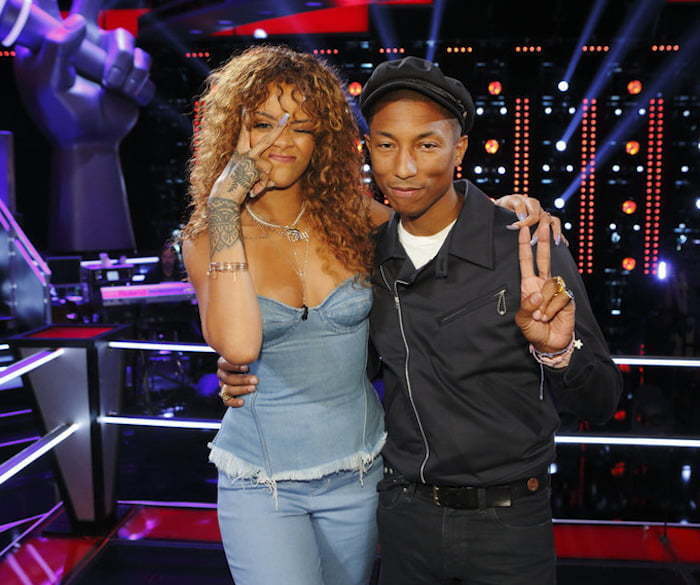 So who’s Megan Thee Stallion teaming up with next?

We are too sure, but if you recall after her awarding winning, chart-topping collab with Nicki Minaj and Ty Dolla $ign for “Hot Girl Summer,” Meg shared that she already had a track recorded with Houston’s own Lizzo.
During an ET! News interview at Beautycon 2019, Meg teased a future track featuring the “Truth Hurts” singer.

“Lizzo is my girl, and we’re both from Texas. I love Lizzo,” Megan said, referring to several Instagram pics showing the two Houston-based artists living their best life, drinking hard from the bottle, and twerking to classical and jazz flute tunes.

Rumors have also swirled that there may be a possible Drake appearance on the album too. Apparently, the two have been planning on collaborating on something for quite some time. Fans will have to wait to see the star-studded lineup, but certainly feels like it may be a “Hot Girl 2020.”

Cooking up with the mf legend him self ??? @pharrell We been going in for 3 days straight he calling me meg thee machine ! #SUGA