Love & Hip Hop: New York is truly the gift that keeps on giving when it comes to messiness.

Last week’s episode of LHHNY left viewers wondering how things were going to be resolved between Erica Mena and Cyn Santana after a tense sit down that caused Cyn to walk away in tears. The two ladies were discussing rumors that Erica, Cyn’s ex, was trying to hook up Joe Budden, also Cyn’s ex, with Tahiry Jose, Joe’s ex. On Monday night’s episode viewers got some closure and saw Cyn returned to the table to finish hashing it out.

It seemed as if Erica realized that getting involved in another person’s relationship may not be the best thing to do as she seemed to apologize saying, “Honestly from the bottom of my heart I really didn’t think of it until this mother f*cker came in and broke it down. I guess you all are still going through some stuff and it is very sensitive to you. So let my clarify my end of it… The last thing I am thinking about is hurting you. I’m just in the moment.” 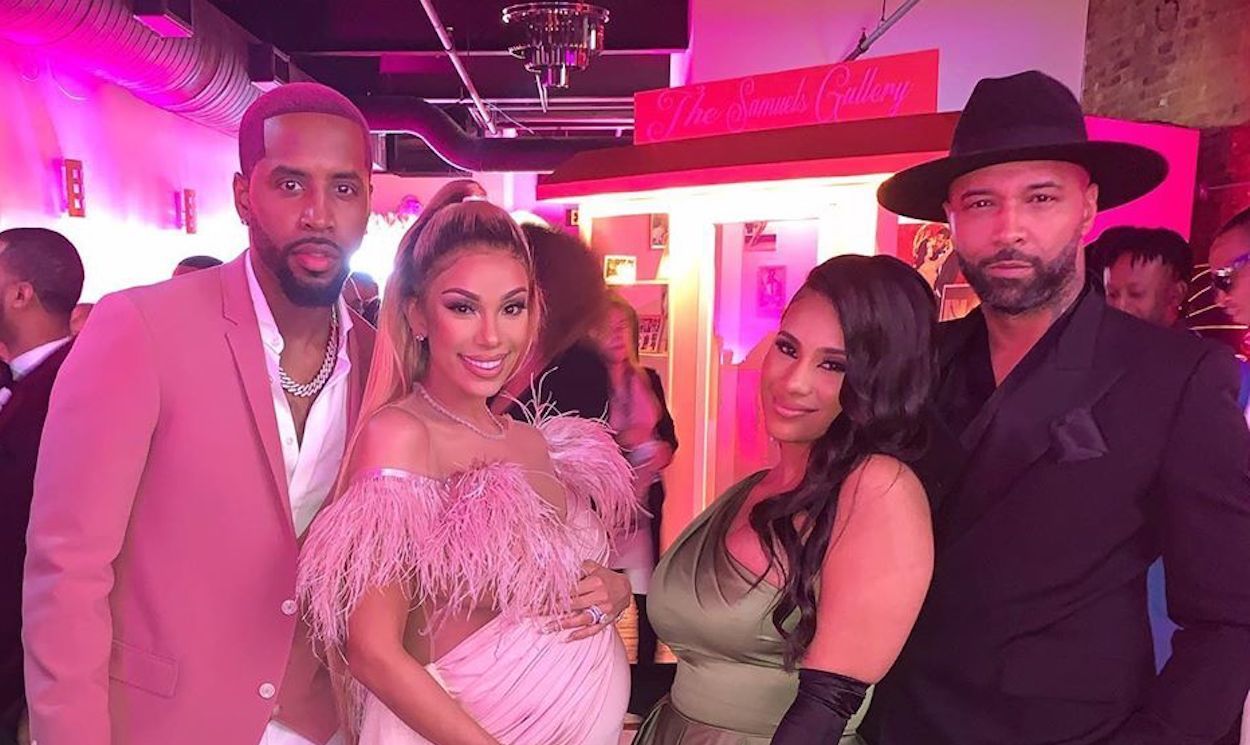 Cyn continued the conversation by saying, “What Joe and Tahiry have doesn’t concern me…What concerns me is my son, and the relationship I have with my son’s father.” The conversation ended with both ladies getting up from the table and hugging it out. Cyn even rubbed on Erica’s baby bump.

Later in the episode there is even more drama as we see Erica and Safaree Samuels throw their joint bachelor and bachelorette parties. The couple decided to throw their parties in the same building, but in different rooms.

However, Erica was not in the party mood after word got out that her ex, Rich Dollaz, was attending Safaree’s event. The entire situation left Erica in tears and caused Safaree to leave his own bachelor party…which is where the episode ends. Hopefully we will get some more closure with how this turns out on next week’s episode.

Another storyline to follow on this season of LHHNY is Yandy Smith’s situation with her husband, Mendeecees, and her journey as a foster mother.

If you have been following Love and Hip Hop for a while then you know that Mendeecees has been in prison for the better part of five years. The couple has two children together, and since her husband has been in jail, Yandy has taken in a foster child.