Cardi B is considering submitting her Nigerian citizenship paperwork amidst talks of World War 3.

Cardi B doesn’t play around when it comes to protecting herself and her family in case of war, and luckily, she has the money and means to dip out of the country if need be. The Bronx rapper took to Twitter to express her concern over the current situation between the U.S. and Iran, saying, “…sh*t ain’t no joke! Specially being from New York. Its sad this man is putting Americans live in danger. Dumbest move Trump did till date…” She went on to state her plans to move out of the U.S. if the situation escalates, saying, “I’m filing for my Nigerian citizenship.” 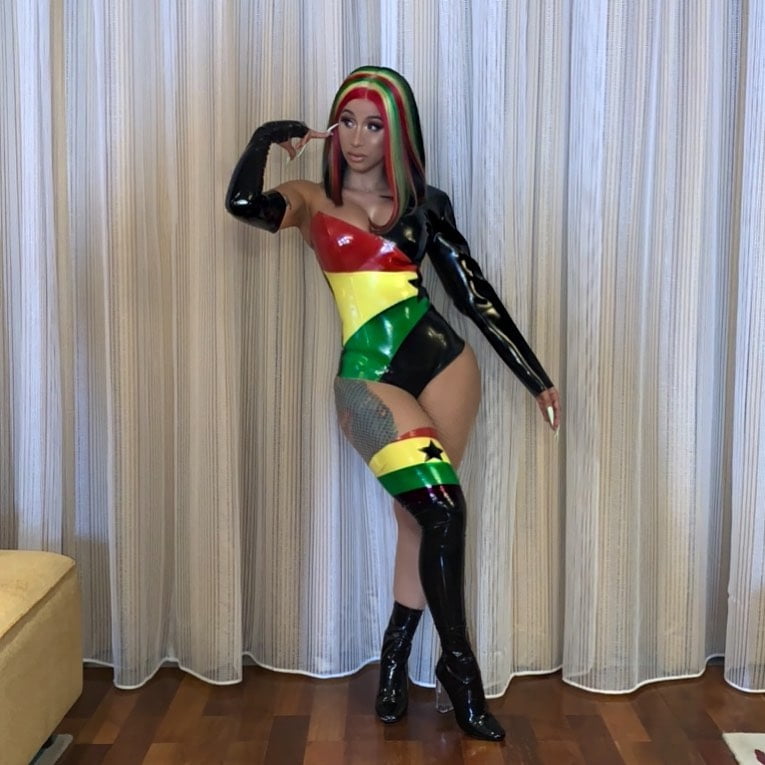 The Trump move Cardi B is referring to is the assassination of Qasem Soleimani, a top Iranian commander who was killed by a U.S. drone attack in Baghdad. The decision, which many are calling an act of war, was made days after thousands of protestors stormed the American embassy in Iraq. Now, the news and social media are flooded with talks of an impending World War III, and fear of a violent attack against Americans is rising. Unfortunately, not everyone has the ability to pick up and leave the country like Cardi B.

Cardi was in Lagos, Nigeria last month to headline the Livespot X Festival, and expressed how much she fell in love with the country. African media outlets praised Cardi for her willingness to experience the culture during her visit, as well as the way she posted pictures of herself enjoying the rich Nigerian city life instead of attempting to garner media attention for her charitable visit to a Nigerian orphanage.

Although many American celebrities have negatively stereotyped African countries and the people who live there, Cardi seems to have handled herself well and gained many African fans. It seems likely that if she did choose to move to Nigeria, she would be embraced by her fans and the entire culture.

Naaaaa these memes are fuckin ?? ?but shit ain’t no joke ! Specially being from New York .Its sad this man is putting Americans live in danger.Dumbest move Trump did till date …I’m filing for my Nigerian citizenship.