Flippa Mafia has earned his high school diploma in prison.

Flippa Mafia, the outlandish dancehall deejay who is now serving a 25-Year sentence, is making great use of his free time. The incarcerated deejay recently completed his high school diploma while being locked away. The post made to the artiste’s Instagram page showed a photograph of the diploma, which was bestowed to Andrew Davis by the State of New Jersey.

The dancehall entertainer, along with his brothers, were convicted for first-degree distribution of cocaine, second-degree money laundering, and second-degree conspiracy back in 2015. His brothers were slapped with 10 years each for their roles played in assisting in shipping cocaine across state borders. 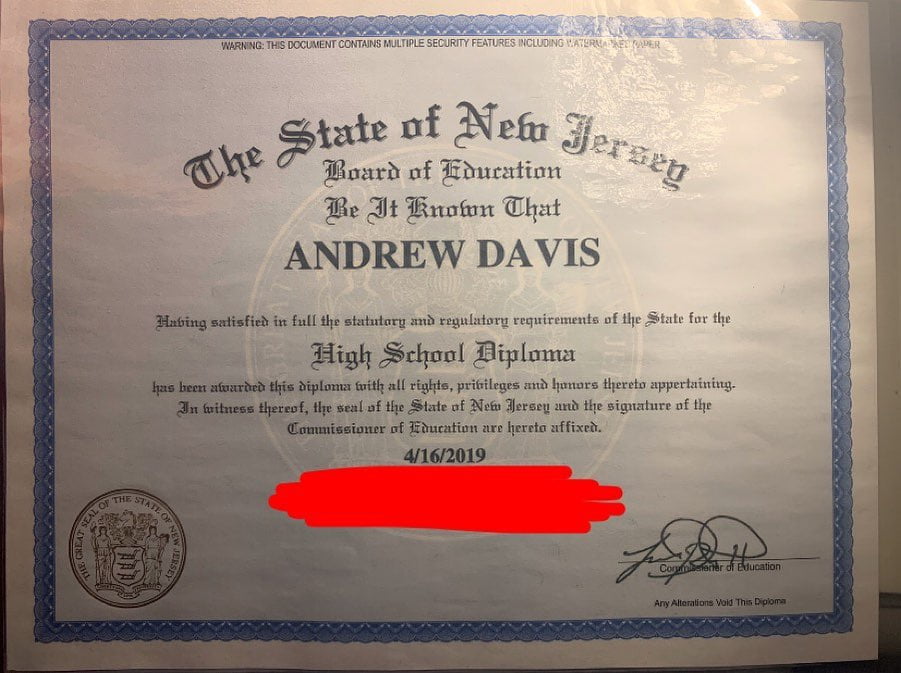 Nonetheless, a lot of fans are happy to learn that the Flossing King, sometimes called the Flippa Moggela, is flossing more than top-shelf liquors or throwing money into crowds. Some dancehall fans are still not aware that Flippa Mafia is serving 25 years in prison for drug trafficking. If you’re one of them who is in the dark, now you know. A few fans commented on the fact that the artiste has gained a few pounds, concluding that heading to prison may have been one of the best things to happen to him.

Before being locked up, Flippa Mafia thrilled fans with songs such as “Unfinished House,” “Dem Yah,” and “Season to Season.”