Travis Scott has pulled out of a festival, and it may be due to his mother’s health.

Grammy-nominated artist Travis Scott has pulled out of a festival in Abu Dhabi due to “unforeseen circumstances” that may revolve around his mother’s health. F1 Festival announced Tuesday that the Astroworld rapper will no longer be headlining the Yasalam After-Race concert this Friday, but would instead be replaced by Future and Gucci Mane. 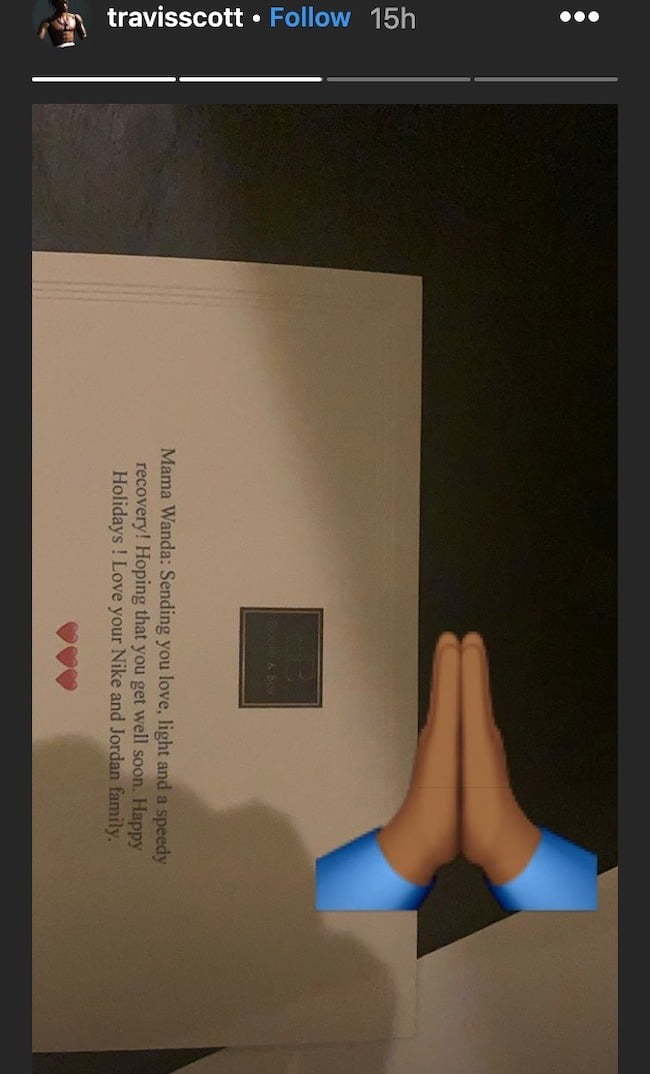 The exact reason for the switch-up was not given, however, Travis later posted a get well message for his mother, “Mama Wanda,” sent to him from Nike. “Mama Wanda: Sending you love, light and a speedy recovery! Hoping that you get well soon. Happy Holidays ! Love your Nike and Jordan family,” the card read. Travis included a praying hands emoji in his Instagram story.

No further details were available about what may have happened to Travis’ mom, Wanda Webster, but we are hoping that everything is okay! Some fans demanded refunds to the festival after it was announced that Travis would not be in attendance.