The Game shared the artwork and tracklist for his highly anticipated new album, Born 2 Rap.

Compton rapper The Game is getting ready to unleash his final album “Born 2 Rap” on November 29th, but just like the itch the fans have, so did he. Without a doubt, he knew that by doing this leak in no way, shape, or form could it harm the epicness of what is about to grace the ears of hip hop fans all around the world. The Documentary rapper recently put out a notice on IG that he is looking for pregnant women in the Los Angeles area to contact him. Now we know the reason why.

Earlier this year, The Game revealed that Born 2 Rap will be his 9th and final project before he goes into retirement. The former G-Unit rapper has proven himself to be one of the most prolific rappers of the 2000s and 2010s era. Therefore, you can expect some bangers on the project he is touting as his final piece of art. 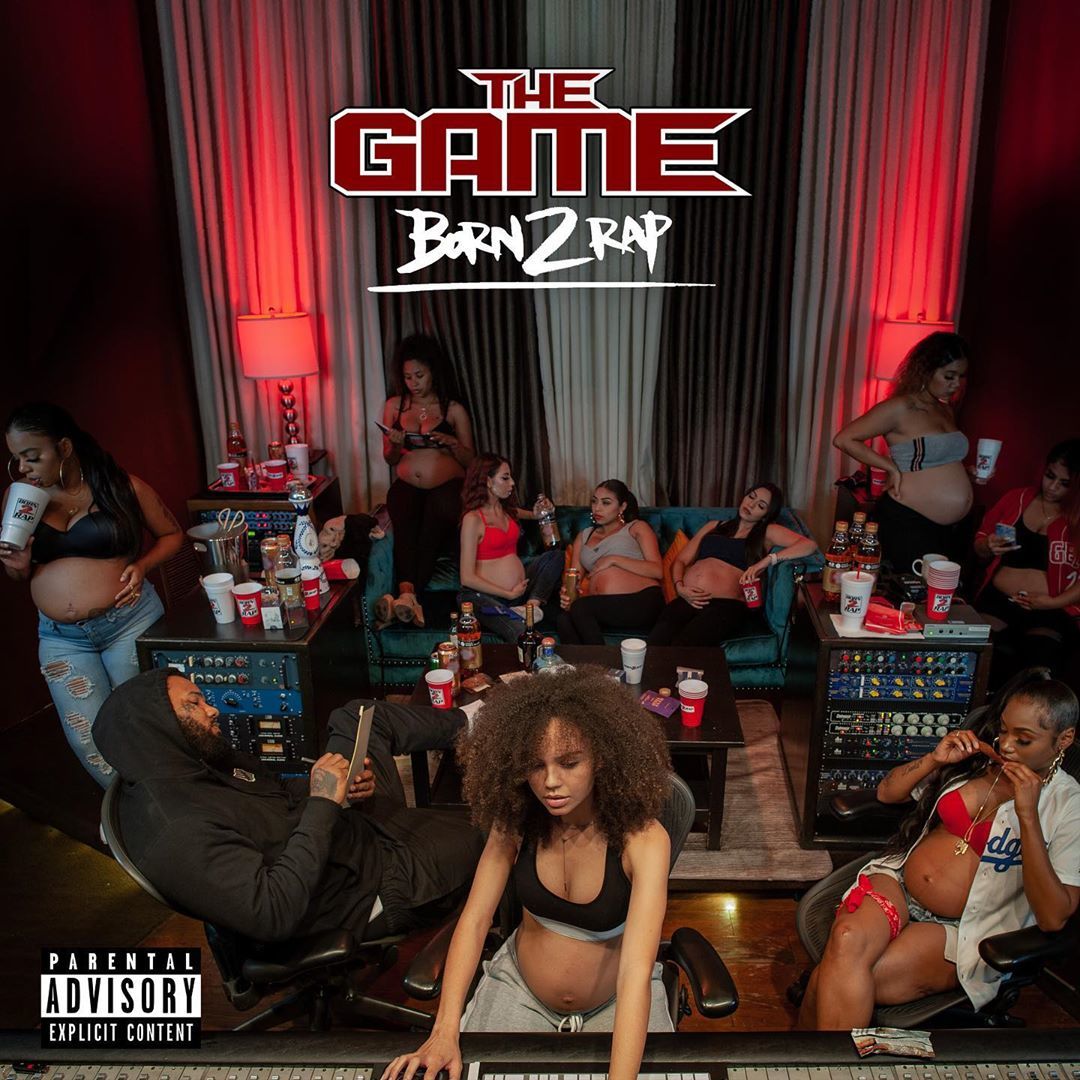 The album is eye-grabbing and involved him surrounding himself with nine beautiful pregnant women. Between the title of the album and the cover art, you can see the connection and thought process The Game put into his craft. We always felt a deep connection through his music from the start of his career. So if he, in fact, opted to hang up the mic, he will leave a void in the West Coast rap scene.

The Game also shared the tracklist for Born 2 Rap, which showcased some highly anticipated collaborations. You can expect guest appearances from Bryson Miller, Chris Brown, Nipsey Hussle, Ed Sheeran, 21 Savage, Trey Songz, and more. The Nipsey Hussle collaboration is titled “Welcome Home.” This is one of the tracks we are looking forward to hearing.

Take a look at the list and just bask in the creation of rap history:

Born II Rap in 11 days………………. [Nov 29th 2019] I promise another classic… my day 1 fans know what it is… I will not disappoint !!!! S/O to the beautiful soon to be mothers @jazzlynsworld @__kokaine__ @latriecejonae @yagirl.bree_ @ebby.b00 @lilmama_gina @micheladriii @bellaxxmimi & @leexy_renee for coming through on short notice, listening to, understanding my vision & participating in the cover art for this album. The concept behind this photo goes way beyond what you see upon 1st glance & I absolutely cannot wait for all of you to hear the music that goes along with the album. Appreciation for my lil brother @jamilnotjamal for capturing my vision as well as @sandracstevenson & @chalicerecording for always being so welcoming, providing a home for me & my albums for the past 15 years of my career. I’ve had a great run & surpassed my rap goals along time ago…. it’s by God’s grace that I’m able to still be here to deliver full projects at this caliber in an industry where I’ve seen artists come & go. It will always be “QUALITY” over “QUANTITY” from where I stand. The REAL music will always prevail & this album will cap off an amazing run. I’m grateful for all the producers & artists who’ve helped this album become what it is & I am more excited for my fans than I am for myself. This album will go #1…… because it’s CLASSIC !!! & in 11 days you all will get to hear why. I took the liberty in attaching the track listing as I know you guys have been wondering who’s on it…. 24 tracks because @kobebryant is my all time favorite player & has been a friend & inspiration to my career, so I saw it just to pay homage to the ? #24 #Born2Rap #Prolific #eOne [DISCLAIMER: None of the women pictured above are in any way shape or form taking part in the consumption of alcohol or marijuana (THAT’S ALL ME BABY ?) & certain things on the certificate of birth have been altered to my liking so you stalkers & creeps ain’t on no weirdo shit] #ThisIsMyArt @eone @markjamesscott gfx ?