Dave East sat down with Lore’l On The Morning Hustle to discuss all that he has been up to for 2019. He touched base on his recent acting endeavors on Wu-Tang: An American Saga, his desire to portray slain rapper Nipsey Hussle if the chance presents itself, his new album, and clears the air about the saga involving him and two females in a Las Vegas hotel room last month.

About 11 minutes into the interview, it seems the Lorel and co-host could not wait any longer to ask East about the incident. Jokingly posing the question, “What happened with them damn girls in Vegas, we wanna know.”

Dave East confessed this is the first time going on record before giving the inside scoop everyone has been fishing for. He starts out by saying, “50 brought me out at Dre’s to perform it was lit.” He continues, “It was just mad girls in the club.” 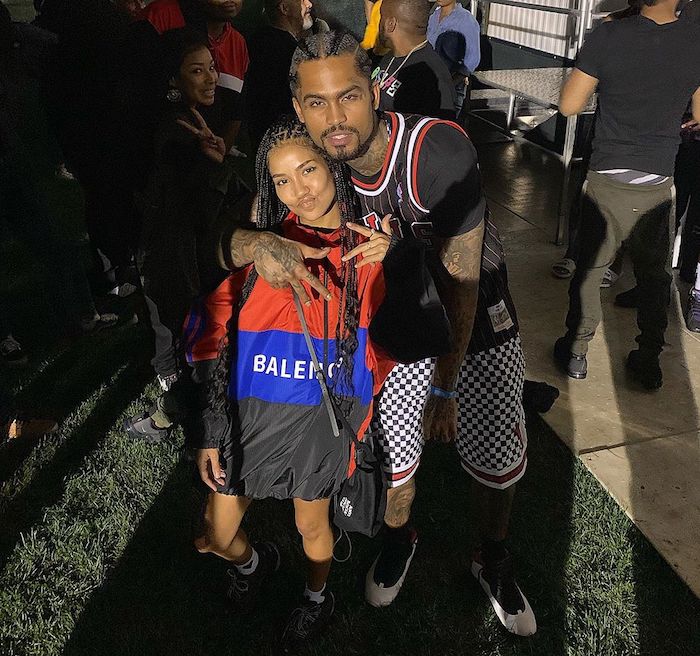 He went on to detail what happened after the club. “We upstairs but we just chillin’ in the little lounge part of the room. My man had the speaker, we smokin’, just kickin’ it.” To confirm that he was not alone with the two females he mentioned, “Two of the chicks were like, ‘Can we use the bathroom?.’ I was like, ‘Yeah, go’ head use the bathroom.” He recounted that he remembered he left his jewelry on the bed and upon entering the room, one of the women was putting on a piece of jewelry with his daughter’s initials.

East called her out on trying on the sentimental piece of jewelry to which the friend said, it ain’t like we are trying to steal nothing. Dave said he did not accuse them of stealing but immediately asked them to leave after what he discovered.

According to the rapper, things quickly escalated, “It turned from this to bottle service. Shorty threw three bottles. Cut my arm, my leg, all that. She done already dialed 911 in the bathroom. Got the phone on speaker phone. Cops hearin’ all of that, I’m screamin’.” He reinforces his point that he was the victim in the incident stating, “I was the only one bleeding. My blood was the only one on the scene.”

It seems a lot of readers are still unclear of all the minute details of what really happened. One person asked on Instagram, “So he saying a whole bunch of nothing.. did you hit these girls or not? And don’t down play like you didn’t even want to entertain these females…”

Dave and one of the women were both slapped with battery charges for what took place. Last year October Dave got into some legal troubles when he allegedly punched a guy in the face after a party near Pier 40 in the Hudson River Park. He was charged with a misdemeanor for that incident.

You can catch the entire interview below with On The Morning Hustle below.