Christina Milian has the most flawless body despite being five months pregnant. Who else has abs while being pregnant?

Majority of females dread pregnancy for the toll it takes on their bodies. It seems 37-year-old actress, singer and songwriter Christina Milian doesn’t fit that bill. She recently posted an image on her Instagram page, and fans are loving it. The images capture her posing in a pair of white sneakers, gray tights, light gray sports bra, a cap and guess what, sporting rock hard abs. All this while leaning on her brand new BMW i8 Roadster.

She captions the video, “Ready to take this baby out for a ride… Thank you @bmwusa. I’m looking forward to dropping the top and seeing what the BMWi8Roadster is all about.” 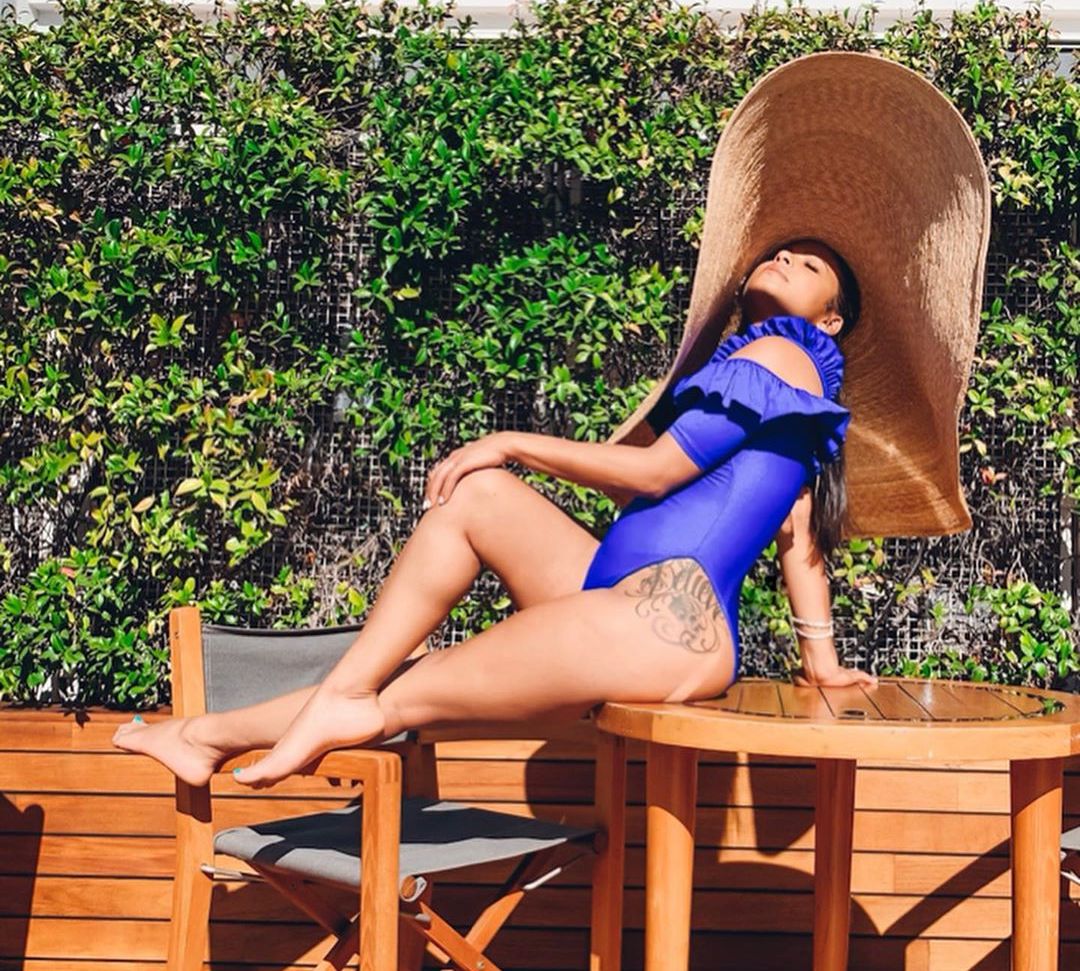 The caption is a wonderful play on words as the actress is currently 5 months pregnant. If you were not aware of the pregnancy or did not read the comments first, you probably would not have noticed. Her fans are praising her for her look, with one calling her bump the “six-pack baby bump.”

Another fan commented, ” The only pregnant woman in the world to still have abs.” To which Milian replied, “All that work beforehand was worth it.”

It seems she is having a wonderful pregnancy and marriage to French singer and songwriter Matt Pokora. Her 9-year-old daughter, Violet Madison, should be thrilled to welcome a little brother into the family.

The actress who started working back in the late-90s has been a staple in Hollywood. Her list of movies includes, “Love Don’t Cost a Thing,” “A Bug’s Life,” “American Pie,” “Bring It On: Fight to the Finish,” and that is just to name a few. Her smash hit “Dip It Low” is still an at a smash hit among the ladies.

Christina seems set to reap her rewards of a bouncy baby boy, and we are sure her fans will be on hand to congratulate her.

Ready to take this baby out for a ride ? thank you @bmwusa. I’m looking forward dropping the top and seeing what the #BMWi8Roadster is all about. #bmwdealers #ad