Rae Sremmurd rapper Swae Lee has issued an apology to Kimora Lee Simmons following a heated social media beef between his ex-girlfriend Marliesia Ortiz and her daughters Ming Lee and Aoki Lee Simmions. Last week, Ortiz attacked Ming Lee after she posted a photo of herself and Swae on her Instagram Story. The two have been rumored to be dating for a few weeks now. Aoki Lee quickly clapped back at Ortiz, and that triggered a heated back-and-forth on the Gram.

Kimora Lee Simmons posted a screenshot of the lengthy message that Swae Lee sent her apologizing for what went down.

“Hey I’m just writing to apologize if I came off the wrong way with the ex situation and having that blown out of proportion especially with your daughters getting involved,” he wrote. The rapper added that he treats her daughter with nothing but respect and would never intentionally do anything to make her look bad. 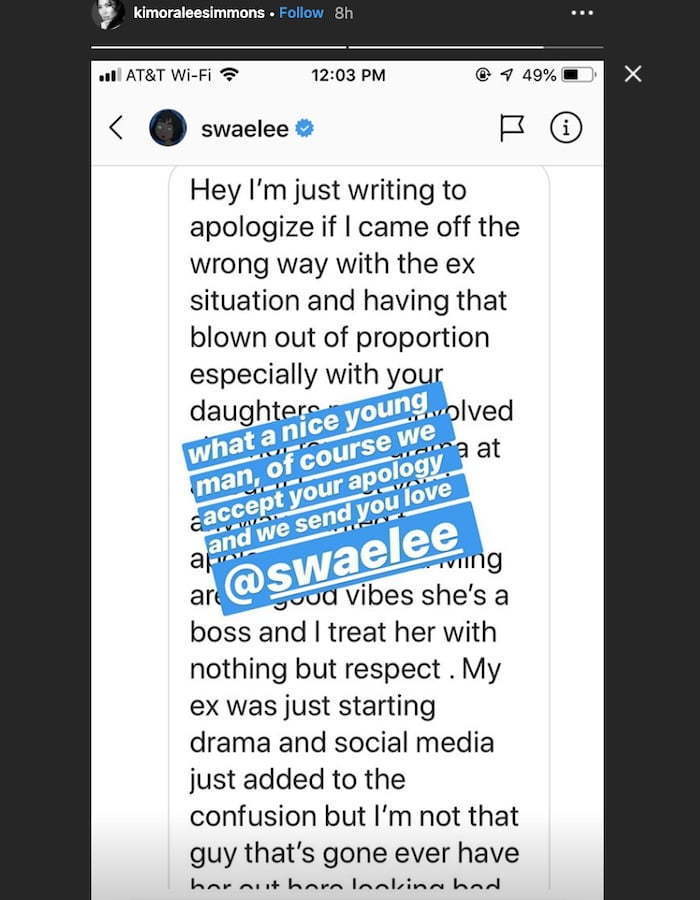 Kimora Lee Simmons wrote that she accepts Swae Lee’s apology. “What a nice young man, of course, we accept your apology and we send you love,” she wrote.

#AokiLeeSimmons had to two-step into #TheShadeRoom to read #SwaeLee’s boo #MarliesiaOrtiz for filth ? y’all know she don’t play about her sister #MingLeeSimmons (SWIPE)