Vybz Kartel and the rest of the dancehall community are still mourning the death of up-and-coming female artiste, Keshan.

As family, friends, and fans struggle to come to terms with the untimely death of dancehall artiste Keshan, more details concerning the investigation have begun to emerge. According to the Star, an unidentified family member spoke out about Keshan’s budding success that came to a fatal halt. “She was in the process of getting her stock of human hair and lashes, and in addition to that, she had big plans of continuing with her music career,” the source shared.

Heartbroken fans have been openly mourning the deceased aspiring entrepreneur and artiste, sharing their condolences online. Some fans have also spoken their regrets about all the unheard music that Keshan had up her sleeve that will never see the light of day. 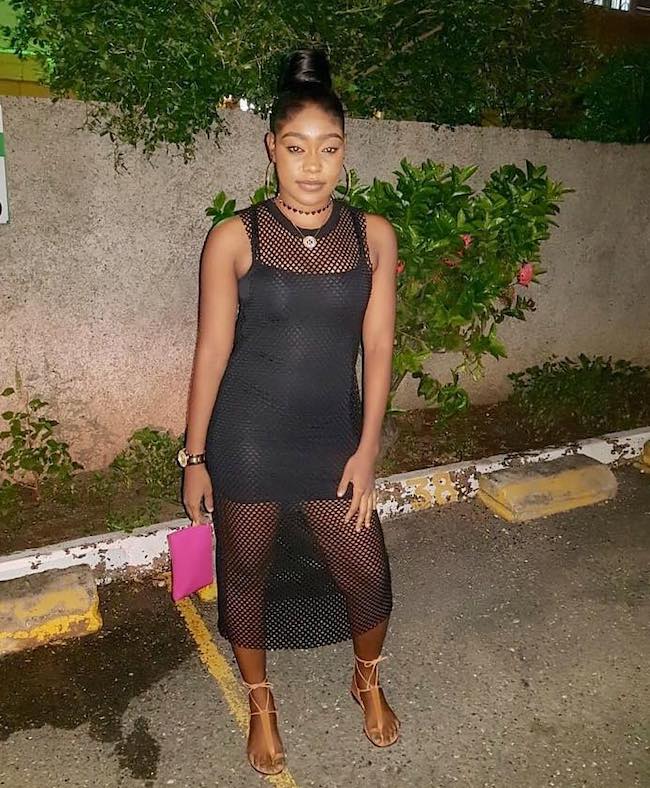 Keshan, whose real name is Kenneisha Brown, was known for her collaborative efforts with dancehall superstar Vybz Kartel on tracks like “The Goods” and “Bubble Yu Body.” She was described as humble, caring, and a bit reserved but lovable. Dancehall fans are saddened by the news about the recently departed entertainer who is said to have been involved in a lover’s quarrel that escalated quickly.

Sources revealed that Keshan was seeing a father of two who was less than forthcoming about his relations with the mother of his child. According to her family member, Keshan found out about the man’s duplicity and later found him at the home of the other female partner. They engaged in a brawl resulting in the licensed firearm holder allegedly getting stabbed several times before firing the shot that took the dancehall artiste’s life.

The family of the deceased has since disputed the integrity of the initial police report. “My understanding is that he took her to the hospital after all this. What I can’t understand is it’s being said she stabbed him 3 times, however, he managed to drive her to the hospital. How? I can’t wrap my head around it,” the source questioned.

We hope the details can be clarified soon so that the family can grieve without a perturbed conscience and we can all have the closure we need.