Rihanna and Buju Banton were spotted posted up together in Barbados last night.

Buju Banton performed in front of a sold-out crowd at the Kensington Oval in Barbados on Saturday night, and Rihanna was among the high profile guests spotted in the VVIP section. Other dignitaries were spotted in her section including the Prime Minister of Barbados, Mia Mottley. We’re told that RiRi flew down to Barbados the day before especially for the event.

Buju Banton brought out some special guest at the show including Wayne Wonder, Agent Sasco and Spragga Benz. The Grammy-winning reggae singer put on a show for his fans as he continues to make his way across the Caribbean with his Long Walk To Freedom Tour. 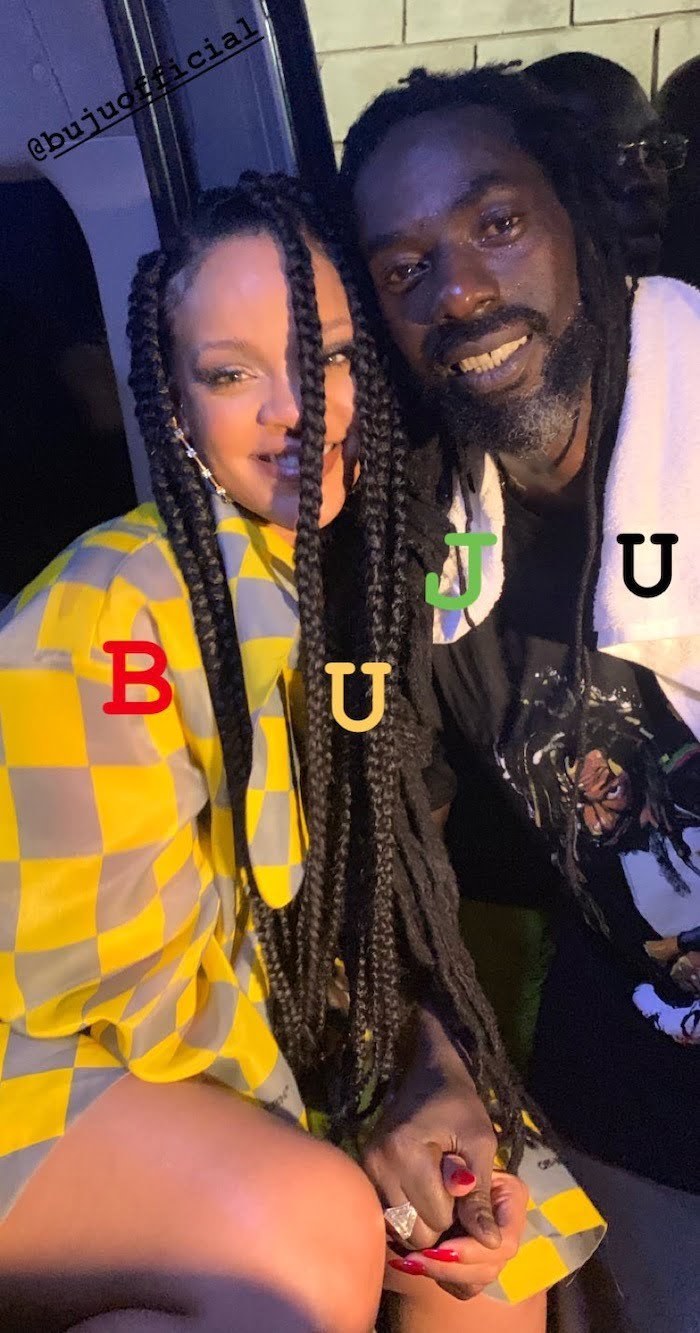 There were some rumors that Rihanna could be taking the stage with Buju Banton, but in the end, she didn’t. Buju’s set was well-received, and later in the night, he met with RiRi to chop things up and take a few candid photos. The show was wrapped at around 3 a.m. local time, and fans say they were pleased with the performance.

In 2017, Rihanna registered a new single titled “Phatty” with Buju Banton getting credit. The move sparked rumors that the two had a new collaboration in the works. At the time, RiRi had just started recording her forthcoming dancehall album. There are still yet no title or release date for the project, but the Bajan pop star has been teasing new music for the past couple of months.