Rihanna knows how to troll her fans who thirst new music.

The Bajan pop star posted a cute photo of her assistant Jenn Rosales baby boy. The toddler got a headphone on while sitting in the studio minding his own business. She hinted that Rihanna is giving them a first listen to her new music. “When tia @badgalriri gives you the first listen,” Jenn wrote. RiRi also posted the same photo on her Instagram account with the caption, “thank you @jennnrosales and @the_aa for blessing my day a lil mo.”

Rihanna has not released any new music since the top of 2016 when she released her eighth studio album ANTI. She has been working on her ninth studio album since the end of 2017. Over the past year, we’ve seen videos and photos of her in the studio working, but so far we don’t have a release date or a first single. 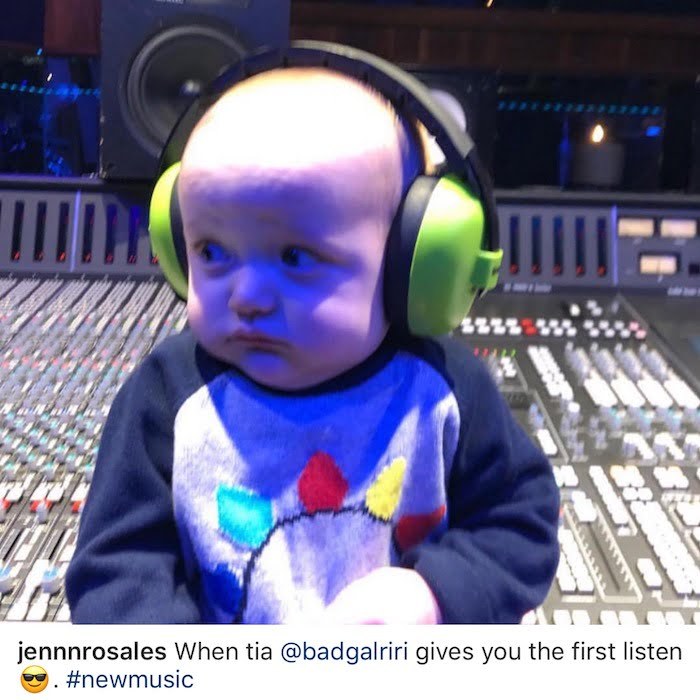 This Instagram post is just the latest round of teaser coming from her camp which signals that new music is on the way. Last month. Rihanna shot down reports that the album is complete. “It ain’t done til it’s done sis,” she told one fan.

Fans have been reacting to the photo. “Rihanna using jenn’s child to troll us…she is sick,” one fan tweeted while another fan added, “This is next level trolling right here. I don’t care I just want the album sis give it to us this Friday and get it over and done with.”