50 Cent can’t get anymore savage than this, and Teairra Mari is clapping back.

“You can not run from the Law, you have been served. Better give me my money B**ch,” 50 wrote on Instagram while posting the embarrassing video.

It didn’t take long for Teairra Mari to clap back and her message is very clear, she doesn’t have the money. She also claimed that 50 Cent has been trying to get her arrested for not forking over the cash she owes him. 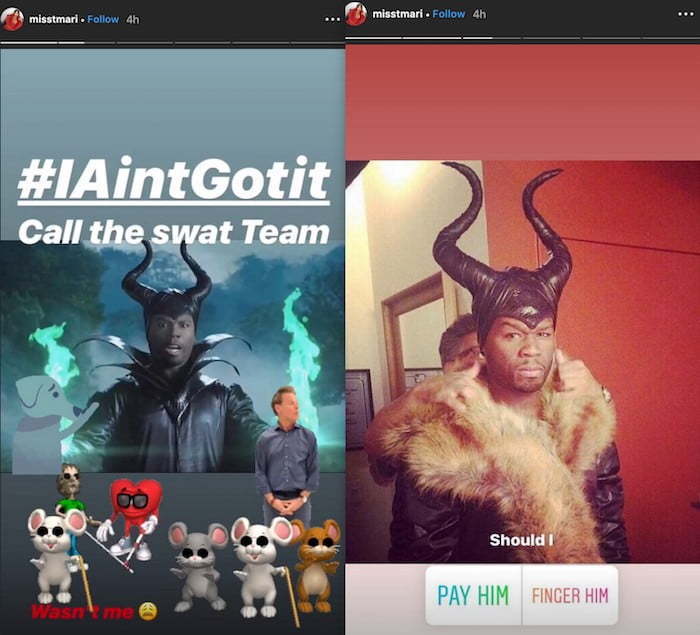 “You act like you not finna go to jail sis,” one fan wrote while another added, “Bruh idk why you making jokes like if you dont pay you going to jail lol all those memes you making gonna be funny behind bars.”

?you cannot run from the Law, you have been served.?better give me my money Bitch.? #lecheminduroi #bransoncognac #bellator