Drake did not call Kanye West despite Ye suggesting otherwise on Twitter.

The Drake and Kanye West beef is nowhere near over. Matter of fact, we all thought that it was the beginning of the end for the feud this afternoon when Ye tweeted that Drizzy finally gave him that phone call he has been asking for, for months. The problem is the phone call didn’t happen. A solid source inside OVO told Urban Islandz moments ago the G.O.O.D. Music rapper is totally lying.

Drake also appears to laugh off the whole thing when he posted a couple laughing emojis on his Instagram Story. “Dat man be lying his teeth out man just like the President he is a liar, Drake doesn’t even have this man’s number in his phone,” our source said. “This is all part of his clout chasing because he got a new album coming out, don’t fall for it man and the 6 God know better than to be associated with this clown.” 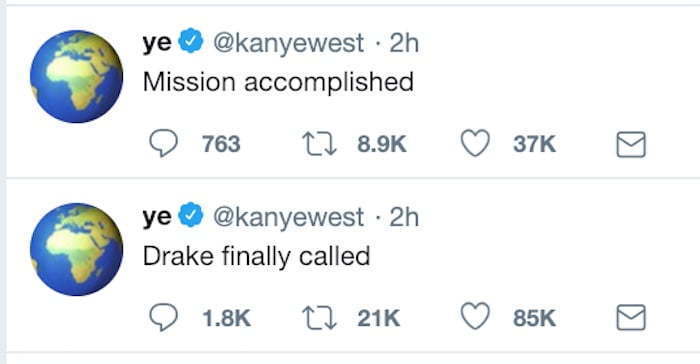 In his latest rant on Twitter, Kanye West went off on Drake while accusing him of buying front row seats at Pusha T concerts. He then demanded an apology from Drake before saying that he finally got the phone call he needed. “Drake finally called,” he tweeted. “Mission accomplished.” 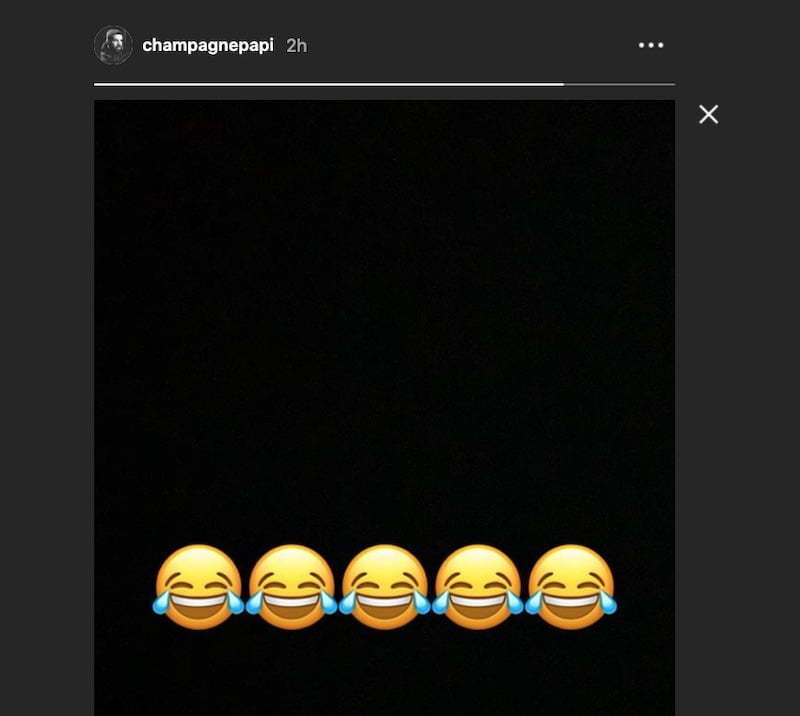 “Sending purple emojis when I’m dealing with mental sh*t I need my apologies now not through scooter either not through Travis,” Ye wrote. “I would never intentionally try to hurt you bro I never even heard none of the diss records That ain’t my MO never did a diss record.”

Drake also posted a photo of himself on Instagram which he captioned, “Hey what’s it like being a Jewish rapper from Canada, I told her the struggle Israel.”