Vybz Kartel is warning folks not to do business with his baby mama on his behalf.

Following their split, Vybz Kartel removed his baby mama Tanesha Johnson from conducting business on his behalf. Johnson recently formed her own label Short Boss Music and was releasing music for Kartel and their two son’s PG-13. Over the weekend, the incarcerated deejay issued a public announcement about Johnson’s Facebook page warning producers and anyone else who is seeking to do business with him not to go to that page.

“How many times I have to say this, stop sending money to this page!” Kartel wrote. “It’s a fake page! Only TJ Records deal with Gaza business! So if di money not coming to TJ, don’t D.M. Dis DJ.” 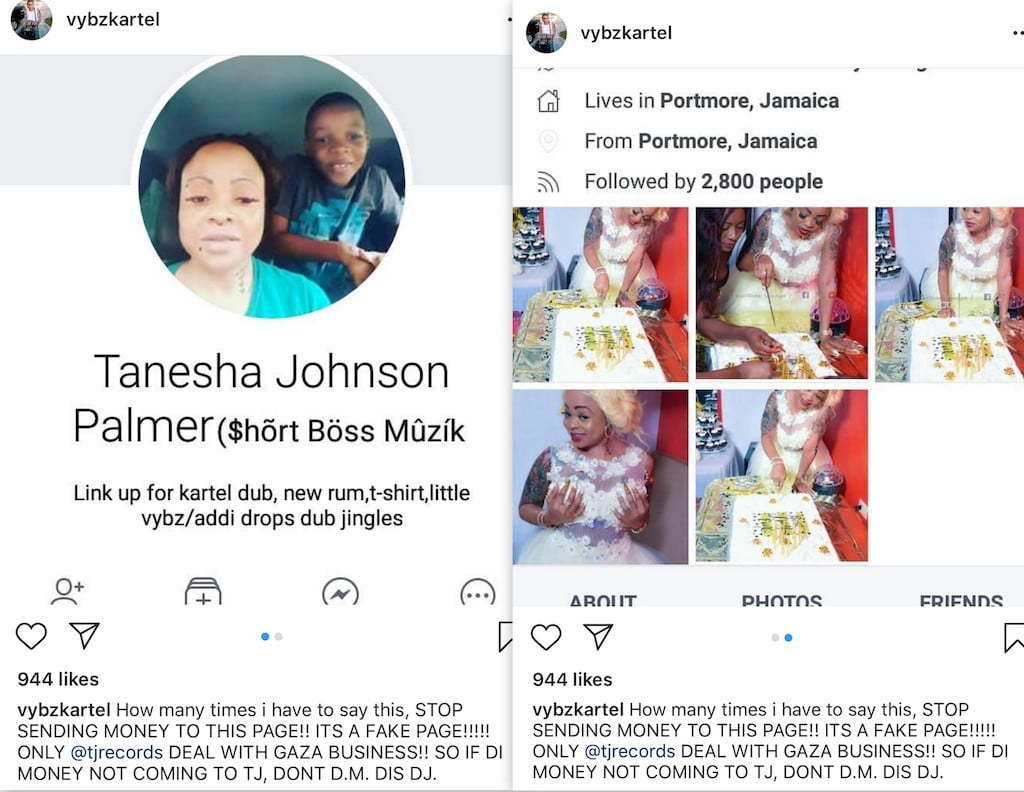 Linton TJ White, who runs TJ Records, has been working with Vybz Kartel for many years and the two have formed a close friendship and now a business partnership. TJ is also the executive producer of Vybz Kartel’s upcoming album Exiled Pharoah. The project is due sometime soon, and the deejay has already released a couple of the singles.

Kartel and Johnson shared three sons with two of them dabbling in dancehall music under the stage names Little Addi and Little Vybz. The couple’s eldest son recently came under the spotlight for bleaching his skin, but Kartel gave him his stamp of approval and dismissed his critics.