Mavado showcases his and Vybz Kartel kids in his new video “Dancehall Prophecy.”

Mavado drops a powerful new single on Friday where he addressed his recent shooting incident while paying homage to his teenage son who is currently behind bars awaiting trial for murder. In his “Dancehall Prophecy” video, Vado showcased some clips of his kids, and in one pic, he showed his son Dantay Brooks with two of Vybz Kartal sons, Little Vybz and Little Addi, aka PG13.

Mavado and Vybz Kartel sworn dancehall enemies, but we’re told that behind the scenes they maintained a friendship over the years since ending the Gully/Gaza feud. The sons of the two deejays are also friends, so we’re told that Kartel gave the okay to use the photo in the video.

Back in June when Mavado was shot at in Cassava Piece, Kartel gave him a shout-out on Instagram telling him to be careful. “Pon a serious not still David, be careful breda one #Alliance we a forward from,” Kartel wrote. “Everybody claim [them] heartless but [you must] know we no trust people.” 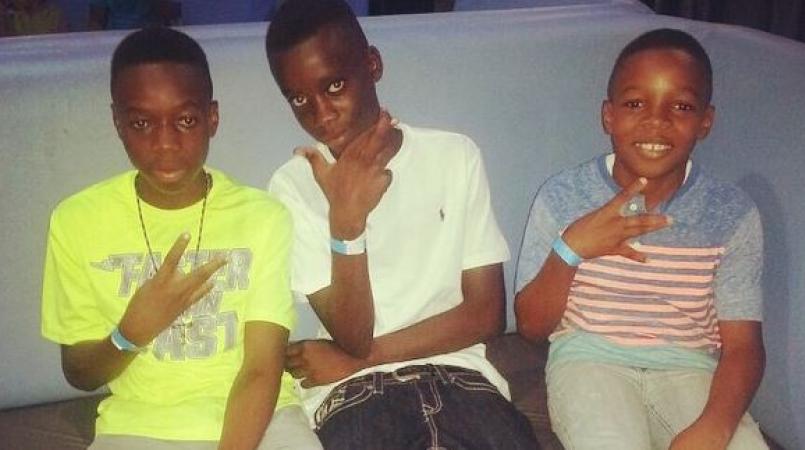 The Gullyside leader also showcases photos of his other kids and his wife in the video, as well as, clips of himself performing at some of his biggest shows around the world, including a recent trip to Africa where thousands of fans turned out to see him.

Mavado’s son, Dantay, is facing some serious charges that could send him to prison for life if tried as an adult. The 16-year-old was arrested a day after Vado left the island and charged with murder, conspiracy to commit murder, arson, illegal possession of a firearm, and ammunition. Cops say the teenager was the one who gave the order to kill Lorenza Thomas, aka Israel, saying in a text that “the boss want him head.”