Beenie Man is once again under scrutiny for his alleged involvement in dance legend Bogle’s murder.

Another dancehall dancing legend, Labba Labba, thrust Beenie Man back into the spotlight by revealing that the dancehall king paid hitmen to kill Bogle. For those of you who don’t know that backstory, Bogle, whose real name is Gerald Levy, was shot and killed by men on motorcycles on January 20, 2005, while at a gas station in Kingston.

The famous dancer had a beef with Beenie Man and fellow dancer John Hype whom the Doc took under his wings back then. John Hype house was burnt to the ground the said night that Bogle was murdered. Beenie came under heavy scrutiny back then when fingers started pointing in his direction as the man behind the murder. 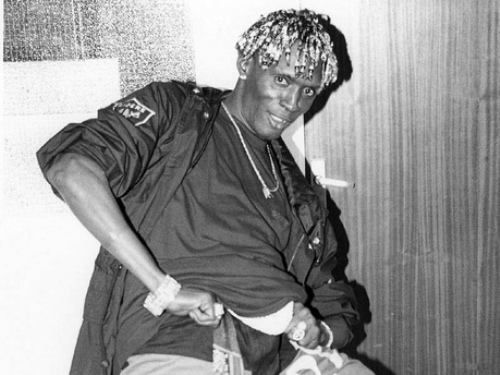 Beenie vehemently denied the allegations against him and even offered up $1 million for the capture of the killers. The dancehall deejay had to leave Jamaica for a while until the situation died down. Now over a decade later some folks decided to re-hashed the murder.

Labba Labba did an impromptu interview where he once again said that Beenie Man paid $100,000 to someone name Chris Royal to take out Bogle who disrespected him at a dance in Kingston using two fowls.

Bogle rose to fame in the 1990s when he created the infamous Bogle dance that artists like Buju Banton, Beenie Man, and Elephant Man sing about. His untimely death left a big void in the dancehall space, and since then a number of dancers have since risen to fill the void including Ding Dong who sees Levy as his role model.