Rihanna is on the cover of the British Vogue September issue, and it turns out that a slew of black women are on magazine covers going into the fall. Beyonce just graced the cover of the American Vogue issue making, and it’s now the first time in the magazine’s 126 years history that a black photographer chosen by Beyonce is doing the cover photo shoot. Call it the Wakanda effect, or perhaps it’s something else, but Karruache Tran, like a lot of us, feels like celebrating the black woman right now.

The actress posted a couple of upcoming magazine covers of black women including Issa Rae, Yara Shahidi, Beyonce, Zendaya, Lupita Nyong’o, and Rihanna. Some fans are particularly surprised that she posted a photo of RiRi given their history involving Chris Brown, but clearly, homegirl is long past all that drama and is holding no grudges. The two even had a social media beef over Chris Brown that was very messy with Rihanna putting hoop earrings on a rice cake that she calls Karrueche. 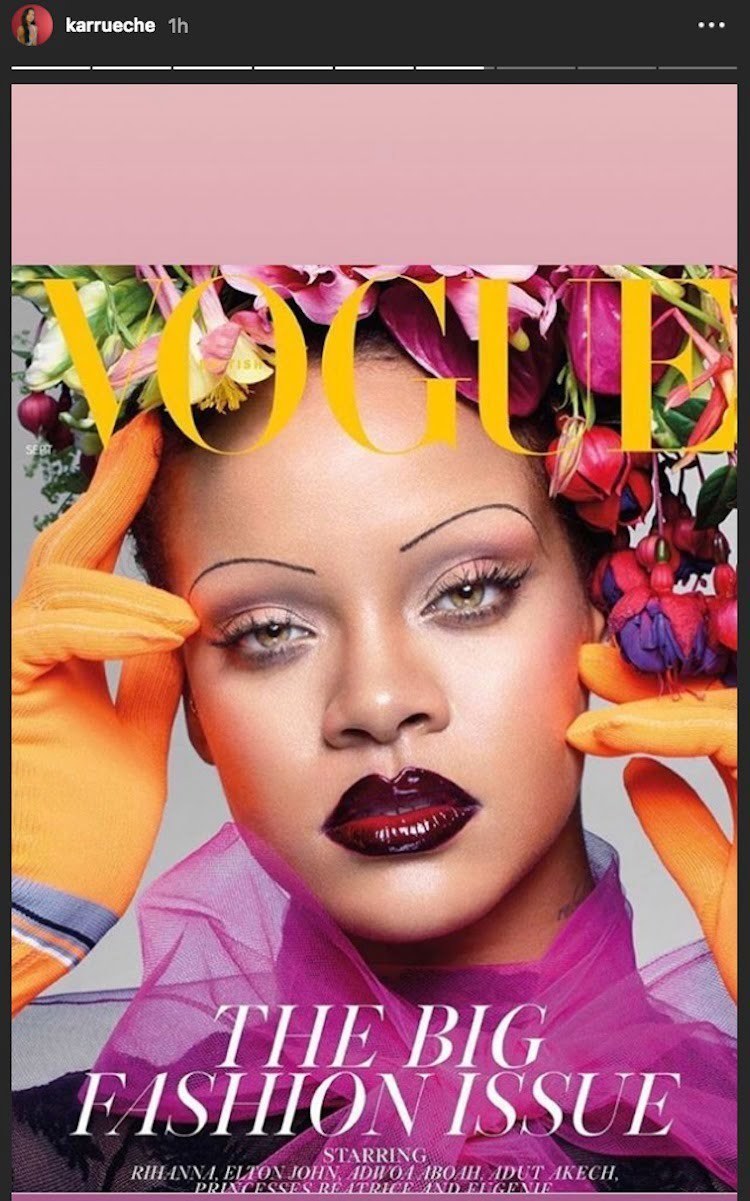 Karrueche, Rihanna, and Chris Brown famously had a love triangle in 2012 which ended up in the Claws actress getting hurt and Breezy hooking up with his old flame RiRi at the time. Brown and Rihanna’s reunion was short live, and Karrueche ended up taking him back.

In 2015, she found out that he had a secret love child name Royalty Brown and broke things off with him. Rather than be bitter towards Rihanna, Karrueche is instead embracing her one-time rival, and her fans are totally hear for it. These days, Karrueche is living her best life with her new boyfriend Victor Cruz and staying as far as possible from Chris Brown.

By the way, have you seen how stunning Rihanna look on the cover of Vogue?