Sean Kingston’s mother offloads on AP The Jeweler after he called out the singer for not paying his jewelry debt.

The famous jeweler posted a scathing message on Instagram on Monday trashing Sean Kingston for owing a massive jewelry debt which he refused to pay. He claimed that Kingston has been hiding him every time he attempted to collect what he is owed. “Somebody tell this fat jelly roll eating scared To come out of his house cuz @losangelesconfidential might see him pu**y a*s b**ch I’m looking for him,” AP The Jeweler wrote.

“He ran off on me like he always do but only difference is I’m not one of them Jewish jewelers who playing with they daddy and mommy money ima self made street dude,” he added. “I’m not calling cops or taking you to court. I’m going to the streets somewhere where you scared to be. Lol his momma more Gangsta then him he straight pu**y.” 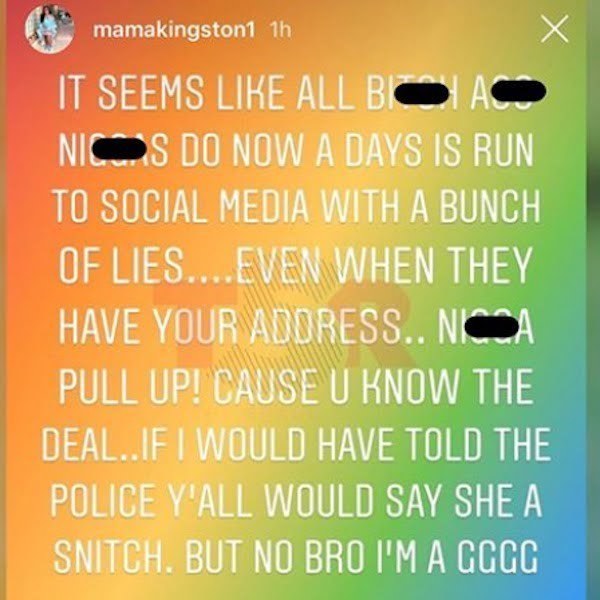 Mama Kingston got wind of it and issued a statement on Instagram. “It seems like all b**ch azz ni**as do now a days is run to social media with a bunch of lies,” she wrote on IG Story. “Even when they have your address. Ni**a pull up! Cause you know the deal. If I would have told the police y’all would say she a snitch. But no bro I’m a GGGG.”