On Sunday night, Nicki Minaj nailed a performance of “Chun-Li” and “Rich Sex” after performing “Big Bank” with YG, 2 Chainz, and Big Sean. Spice, who is a huge fan of Nicki, posted a video clip of a piece of her performance on her Instagram. In the clip, the dancehall diva pointed her cell phone camera towards Remy Ma and Papoose who were in the audience looking on while Nicki nailed her BET Awards performance. 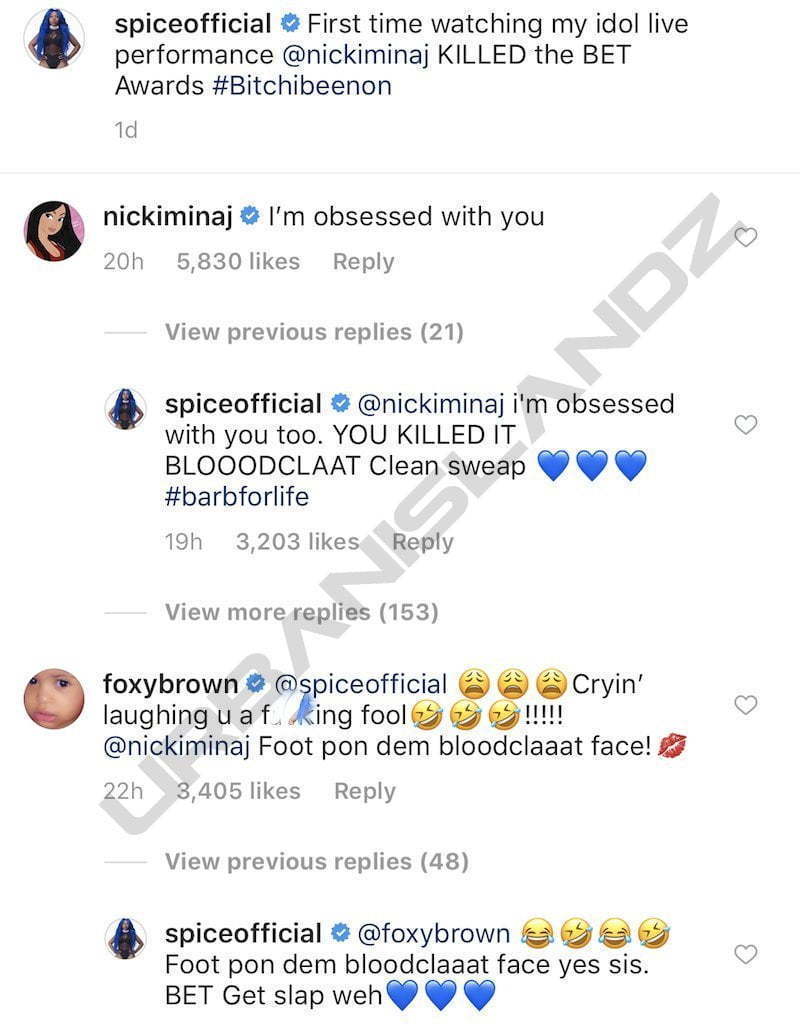 Spice fans have also been trolling Remy Ma relentlessly since she uploaded the video to social media. “Remy you tried it last year and it didn’t work now look who had the last laugh. You had a whole year to put out an album or some new music and all we hear is crickets and now Nicki killing the game once again,” one fan wrote.

“Remy Ma and her man looking like two miserable haters in the crowd sh*t look depressing if you ask me, c’mon she was only relevant when they were beefing, Nicki shouldn’t give this b**ch any attention,” another fan added. “The Queen came back to rule so sit your bum azz down.”

#spice being petty at the #betawards during #nickiminaj performance ??