Mavado son is not the only person facing murder charges for a brutal killing in Cassava Piece.

Mavado’s 16-year-old son was charged with murder and conspiracy to commit murder on Friday, but now we are learning that another man was also charged with murder for the same crime. Detectives from the Major Investigation Division (MID) of the Criminal Investigation Branch (CIB), have confirmed that they charged 23-year-old Andre Hinds with murder. The charges for the two men came following the gruesome murder of Lorenza Thomas in Cassava Piece on June 5.

Mavado’s son and his co-accused are set to appear in court for their first hearing today. The two are facing charges including murder, conspiracy to murder, arson, shooting with intent and illegal possession of firearm and ammunition. 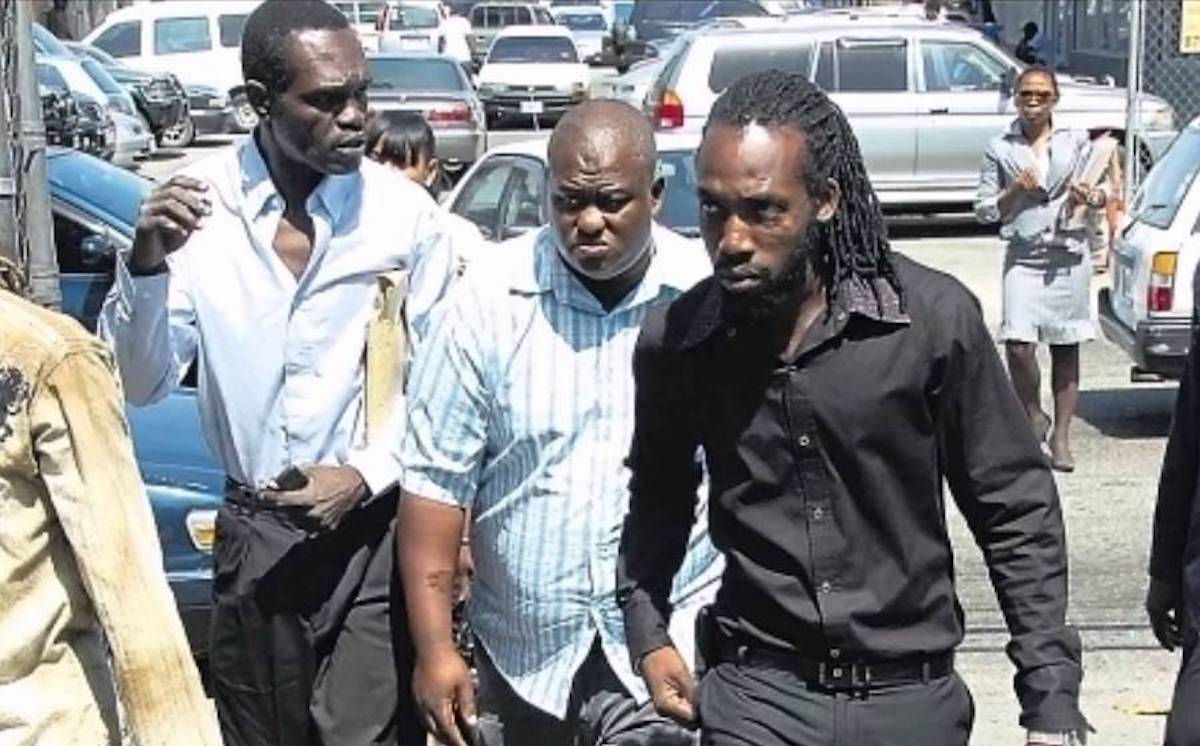 According to police officers, a group of men kicked in Thomas’ door while he was sleeping and murdered him by shooting and chopping him. His home was later set ablaze and his body was severely burned. Cops say his murder was a reprisal killing for a June 2nd shooting incident where Mavado was shot at by a group of men in the community after having a domestic dispute with one of them.

Mavado is currently overseas despite police issuing a warning for him to return to the island for questioning. The dancehall singer’s attorney told cops that he is planning to meet with them after fulfilling his overseas contractual duties.

There are some chatters that Mavado could be charged with a crime relating to the incident, his cousin, Chase Cross is currently out on bail after being charged with assault.