The Jamaican born rapper was taken to the hospital on Tuesday night after complaining about feeling ill. Urban Islandz reached out to sources inside his circle who confirmed with us that he is doing okay and was just exhausted and dehydrated from his very hectic schedule since his meat was leaked online two weeks ago. “Safaree is good man, he is aight, just need to drink some more water and get some sleep, that man has been working nonstop over the last few weeks making club appearances, recording, and shooting videos,” sources said.

We’re told that since his eggplant was leaked online, interest in Safaree Samuels music and his bookings have skyrocketed. “The leaked video helped a little bit but Hunnid was going to be a hit regardless,” sources told us. “The leaked stuffs still brought a lot more attention to the cause from especially the ladies, but you cana’t base it all on that. This man has been working hard and is barely getting any rest so it’s now his time to shine. Safaree been through a lot over the past few years and right now it’s just his time.” 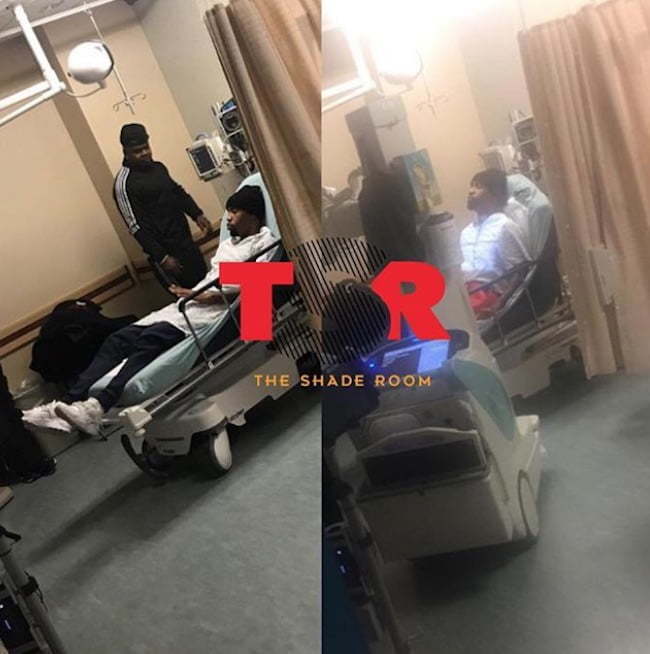 Last weekend he held a music video release party for his new hit single “Hunnid” in New York City. “My video release for #Hunnid was a secret location with only 3 days of promo and a flyer w/no address this was the outcome.. wow big thank you to @snapsnyc @daunionentity for making this what it was!” he wrote.

Last year April, Safaree Samuels was briefly hospitalized after allegedly getting into a fight with his then girlfriend Star Divine after she caught him cheating on her. He never publicly addressed those reports, but she posted a video on social media going off on him about the allegations.