The Philly rapper is being sued by the family of two men who were shot and killed outside one of his concerts in Connecticut in December 2016. Travis Ward and Jaquan Graves were fatally wounded when gunfire erupted just outside the Oakdale Musical Theater in Connecticut just over a year ago. The family of both the victims filed a wrongful death lawsuit against Meek Mill and JAY-Z’s company Roc Nation.

Lawyers representing Meek, who real name is Robert Rihmeek Williams, have responded to the lawsuit. The rapper’s lead attorney, Joe Tacopina, recently filed legal documents asking a judge to throw out the lawsuit because Meek had nothing to do with the shooting and has no way of knowing that there would be a shooting on the night of the concert. 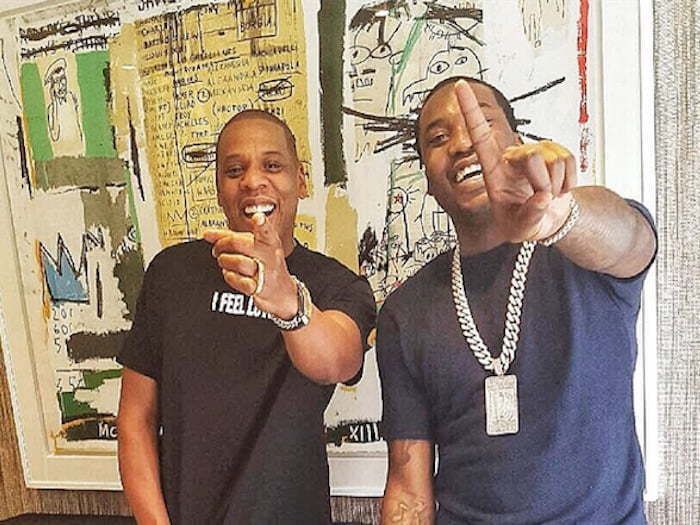 In their lawsuit, the family of Graves and Ward argued that Meek Mill is a bad actor who attracts the kind of people who would commit a crime like shoot someone. The suit claims that Meek and RN “allowed thugs to remain on the premises, after exhibiting disorderly, disruptive, argumentative, angry and/or agitated behavior toward patrons.” They basically accused the “Dreams and Nightmares” rapper of harboring thugs to the venue making the venue unsafe for concertgoers.

Meek Mill is currently serving a 2-4 year prison sentence for probation violation. He recently scored a big break in the case when he was granted an appeal hearing based on some new information his attorneys acquired which accused his arresting officer of corruption. This is the first major breakthrough for the rapper and his legal team in the ongoing case. Still, getting his freedom is still a long shot despite the judge being accused of being heavy-handed and corrupt.

Rick Ross thinks that Meek Mill will be vindicated sooner than later.