Meek Mill had a blast entertaining his fans on Friday night at his concert at the Wells Fargo Center in Philadelphia.

The MMG rapper brought out some of his famous friends on stage his “Meek Mill & Friends” show including DMX, Rick Ross, T.I., Tory Lanez, 21 Savage, PnB Rock, Nipsey Hussle, YG, and Jadakiss. Not surprisingly there were no Nicki Minaj anywhere near the arena and Meek’s sneak jabs at his ex-girlfriend didn’t go unnoticed either.

““I’m back down on my own again, f**k these bi**hes,” Meek told the crowd which was around 20,000 strong. At one point he even told the crowd that he was having way too much fun and didn’t want the show to be over. Can’t blame him after seeing how DMX got the crowd hyped up. This is one of a few wins for Meek Mill these days after taking plenty Ls from his breakup with Nicki Minaj and his many beefs with other rappers like Drake and The Game. 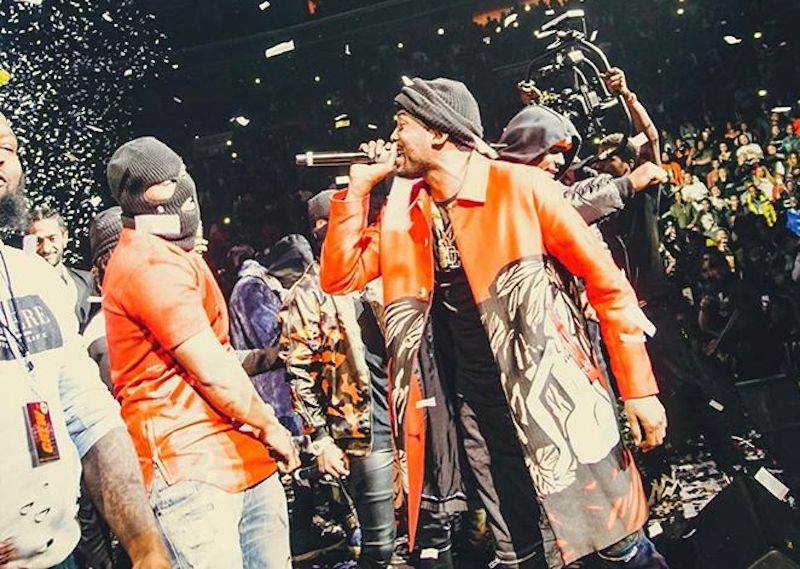 The Ruff Ryders legend even gave one of his inspirational rhymes and it was epic. This right here was vintage DMX and I think we will need an entire concert of just X. YG and Nipsey Hussle performed their notorious single “FDT.”