Chief Keef is getting ready to hit the road for his Two Zero One Seven tour across the U.S. in 2017.

The tour is in support of his new mixtape Two Zero One Seven. The 17-track project was released earlier this month. The tour will kick off on January 28 at the Studio 223 in New Orleans, Louisiana before making its way through major cities like Denver, Philadelphia, Detroit, and Cincinnati. More tour dates could be added at a later date.

Last year was a relatively quiet year for the Chi-Town rapper but he did released a handful of singles and made guest appearances on others including on Machine Gun Kelly’s “Young Man.” 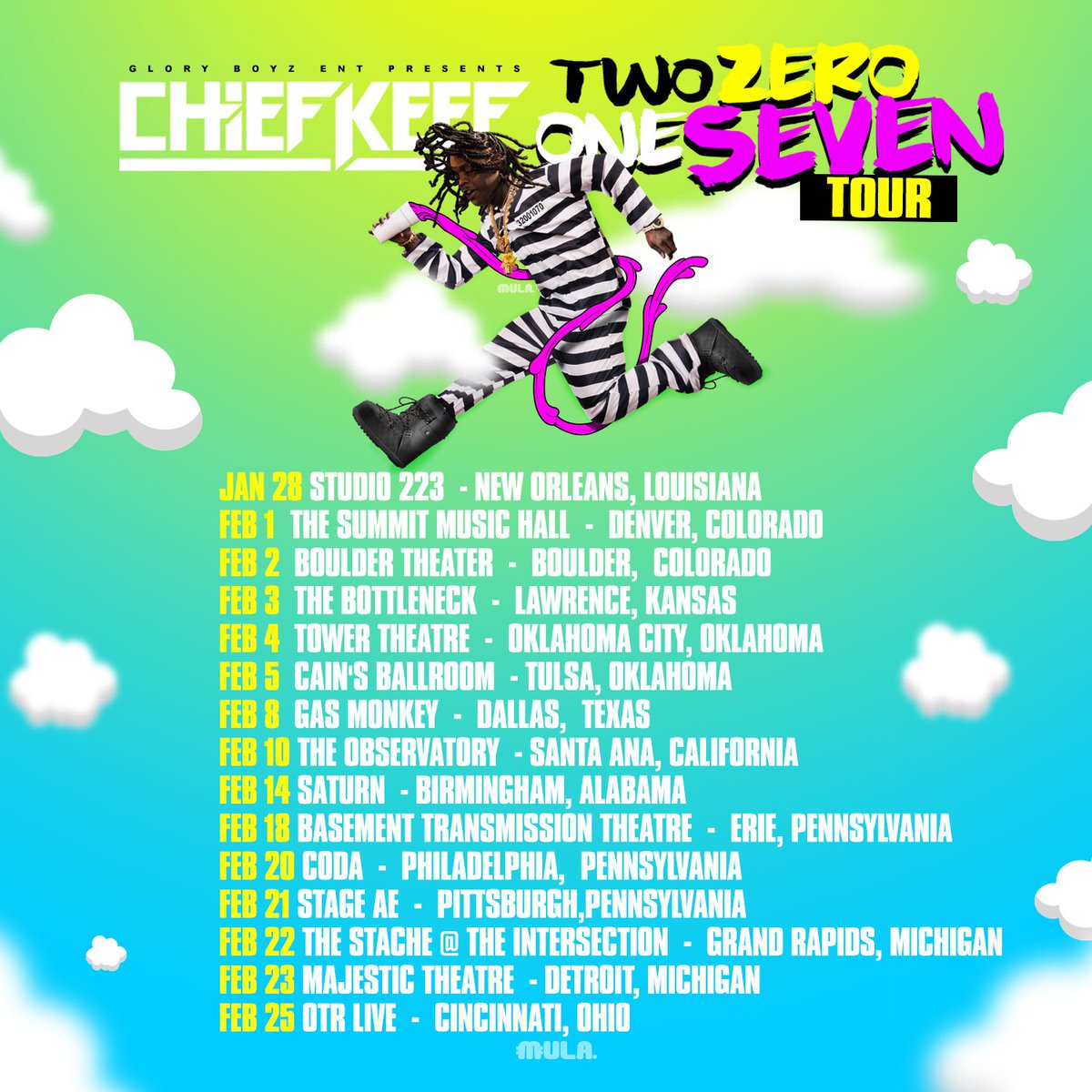