Nicki Minaj ex-boyfriend Safaree Samuels might want to get back with Nicki Minaj but working with Lil Kim is not going to make it any easier.

One of Lil Kim’s fans asked Safaree on Twitter if he would work with Lil Kim and his answer was a straight up yes. “Would you work with @Lilkim,” the fan asked and he responded “Why not.” Nicki fans on Twitter wasn’t too happy about his answer and went HAM. Some folks criticized his raps calling him corny while others want to stand on his forehead. Despite the hate, Safaree received a ton of support from fans for speaking his doing his thing regardless of the opinion of others.

“So how am I corny for answering a question get off my d*** please,” he tweeted.

So how am I corny for answering a question ??? get off my d*** please 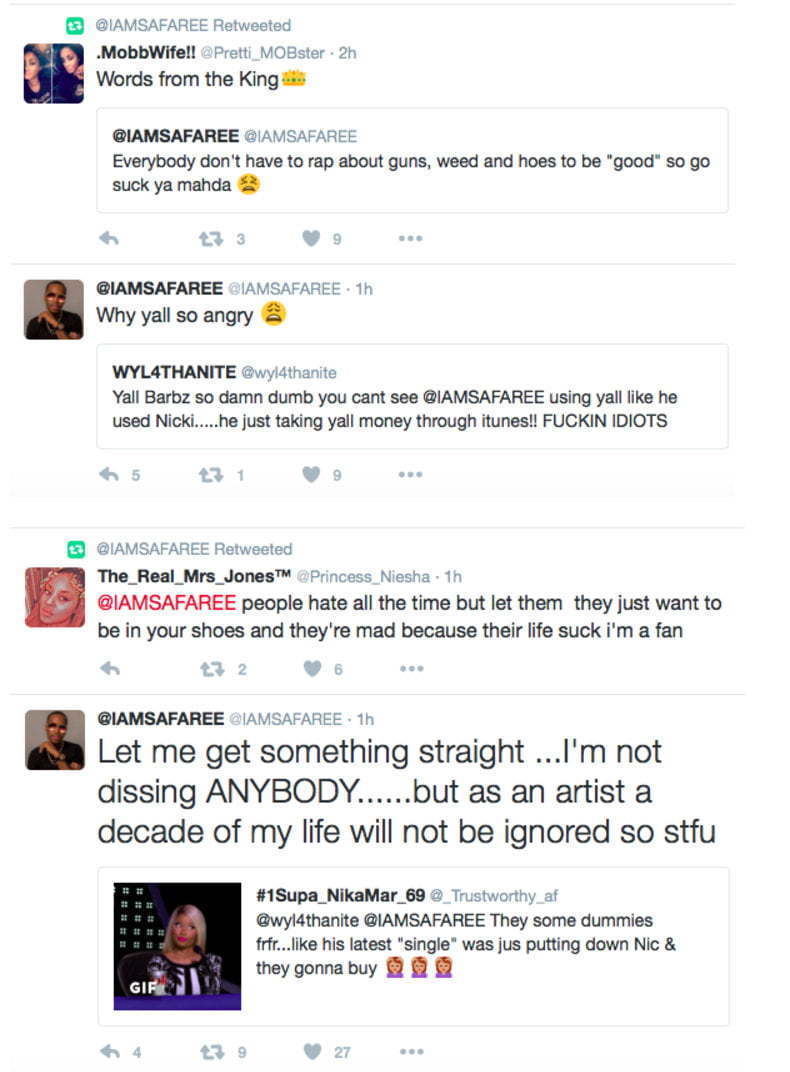 Last week Safaree was in the news for wanting to fight Meek Mill in Drake’s place. The Philly rapper who dated Nicki Minaj for two years before their split in December, has not responded to the offer.