But the big news out of the event was whether or not the “Unruly Boss” deejay took a jab at his rival. “Big up every nominee from the Best Reggae Act,” Popcaan said. “So we can teach them how to get a MOBO next time.”

Seems like Vendetta fans are catching feelings on social media and have been trolling the “Ova Dweet” deejay. But he made it clear that he was unbothered and even sends more shots while paying homage to his former mentor Vybz Kartel.

“All who vex sey unruly a win talk fast kartel big up yo bomboclaat self nuff youth yo help Humbre.. #Yenow #itreal,” he wrote on IG.

Both Popcaan and Alkaline performed well received sets at the Awards show on Friday night in the U.K. 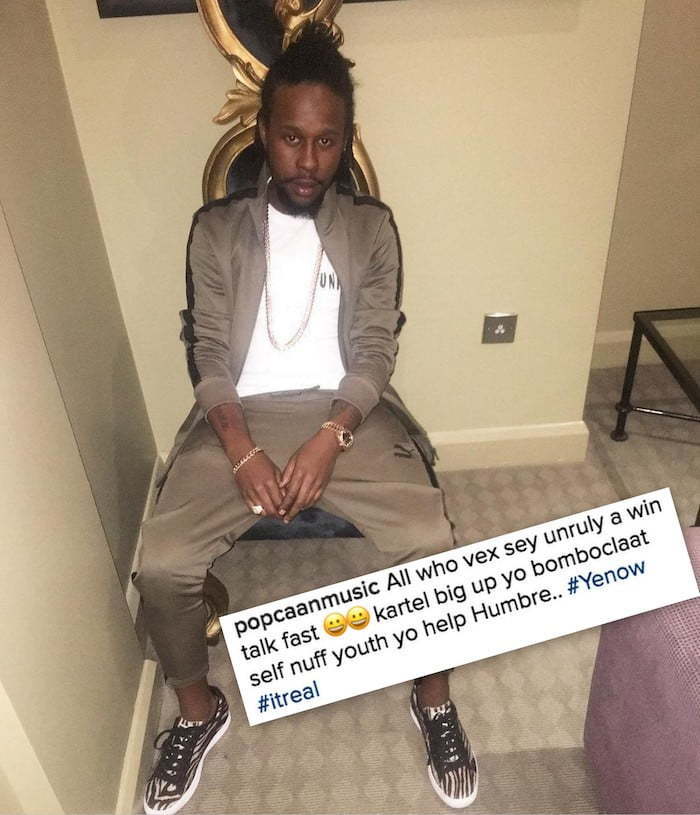 Perhaps Popcaan will want to defend Vybz Kartel from an onslaught from Alkaline in a new diss track “Ricochet.” Since his summer running with Mavado, Poppy has been steering clear of the ongoing Gully and Vendetta versus Gaza beef.