Scottie Pippen filing for divorce from his wife of 19 years Larsa Pippen is the biggest news this week and now Future is being drawn into the fold.

The Freebandz emcee is being blamed for breaking up the NBA legend’s happy marriage by smashing hid wife. The story first broke last week that Pippen suddenly filed divorce docs. Days later rumors spread like wildfire that Future is banging the Real Housewives of Miami star.

TMZ reported that Future and Larsa has been spotted getting cozy at Komodo nightclub in Miami recently. She is also rumored to be traveling a lot on his private jet. Of course all of these are just rumors with the exception that they took a photo together recently.

There are also reports that cops have been called to the Pippen residence twice over the last month for domestic disturbance. There were no arrest in both incidents.

Future has been radio silent since the news broke but last night he posted this photo on Snapchat. 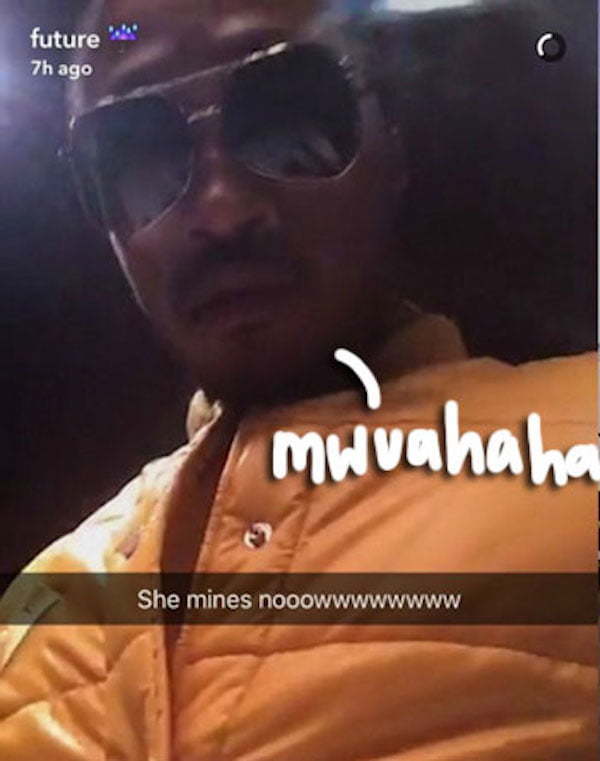