Jhené Aiko is back in the new this week but not for her divorce but for her new single “New Balance.”

The R&B love ballad is rumored to be written for her rumored new boo Big Sean, but Aiko has yet to respond to those claims aside from filing for divorce from her husband who happens to be producer Dot da Genius. But check out the posts over the weekend from both the G.O.O.D. Music emcee and the R&B songstress. 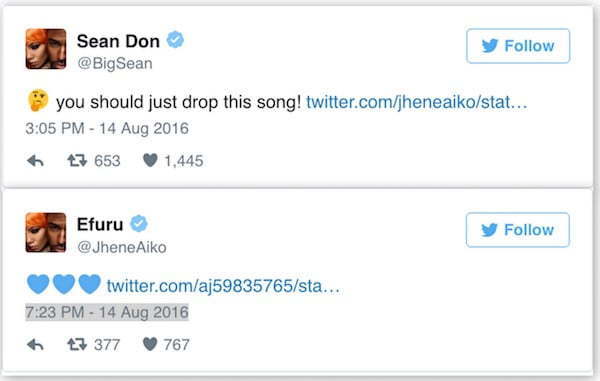 Jhené Aiko and Big Sean have neen rumored to be dating since the start of the year. The two even formed a group a few months back name Twenty88 and released a joint album, as well as, a short film. She and Dot da Genius were married for almost a year before she filed divorce docs.