Azealia Banks is currently seeing some fallout from her Twitter beef with Zayn Malik.

But this is nothing new for the Harlem rapper who famously tweeted that Sarah Palin should be gang raped and then endorsing Donald Trump. Banks took a shot at the former One Direction singer claiming that he stole the idea for his “Like I Would” music video from one of her.

“Damn Zayn be mood boarding the f**k of out me .. I’m not mad about this though. Zayn is a cutie pie,” she wrote on her Instagram page.

Shortly after that Azealia Banks started trending on Twitter as Zayn’s massive fanbase attacked her. The pop singer also took a subliminal shot at Banks and that’s when things went south. 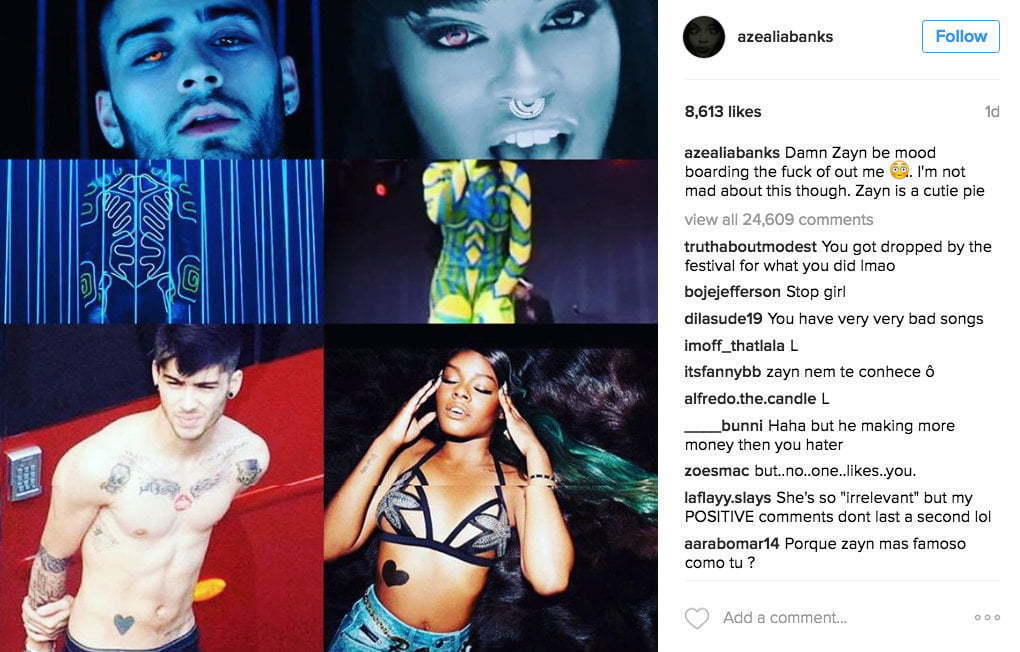 “No lies … I see you reaching but I don’t care…My @’s too good for you,” Zayn Malik tweeted.

Banks also called Zayn a few racial and gay slurs for being the only member of One Direction that weren’t white.

“Token sand ni**a pout: ‘I was the least celebrated in the white boy group because I’m brown’…’Trying to make myself known but I’m still known as the token sand ni**a from 1D’…LOL @ZAYNMALIK IS A FA**OT,” Banks wrote

She was subsequently cut from the lineup on UK’s Rinse’s Born & Bred Festival next month in London.