50 Cent almost get himself into more legal troubles on his hand after posting a video of himself mocking an autistic man at the airport.

The G-Unit rapper has since deleted the video from Instagram but not before getting some bashing from some of his fans and the family of 19-year-old Andrew Farrell.

It turns out that Farrell is autistic and is a janitor at the Cincinnati/Northern Kentucky airport where 50 Cent was waiting to board a flight. He also suffers from Asperger’s syndrome and wear an hearing aid. His family immediately lawyered up after 50 Cent posted the video seeking $1 million in damages or an apology.

50 Cent has since issued an apology. “It was certainly not my intent to insult him or the disability community, which is a source of great strength in America,” the New York rapper said (via NY Post). “I have apologized personally to him and his family.”

The “Get Rich Or Die Trying” rapper also sent a personal apology to Andrew Farrell. 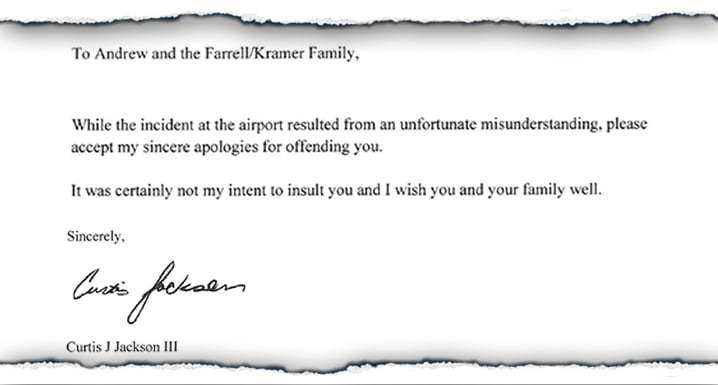