The four living members of the notorious rap group, Dr. Dre, Ice Cube, MC Ren, and DJ Yella, as well as, the late Eazy-E’z mother, were on hand at the Brooklyn’s Barclays Center at their induction ceremony.

The group got some support from Kendrick Lamar who is also from Compton. Lamar has been one of the biggest names in rap music over the last two years. 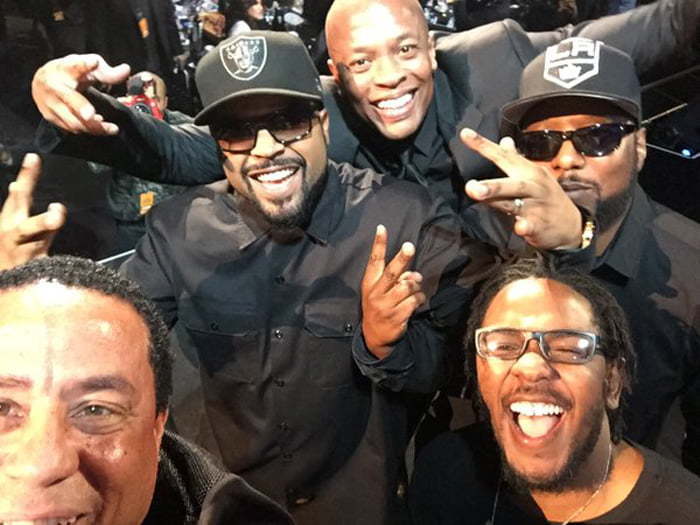 The Rock and Roll Hall of Fame ceremony will be aired on HBO on April 30. Kendrick also gave a resounding speech while defining the true meaning of “gangster.”

“Being gangster symbolizes a hustle that you can change your reality,” Lamar explains. “The true meaning of gangster, being able to show what it takes to be the world’s biggest music group. Being gangster is forming iconic labels: Ruthless Records, Death Row, Aftermath Records. Being gangster is breaking out to become a movie star, a movie producer, and having your own son play you as a retrospect to your career, Straight Outta Compton.