Sources are saying that the “Hot Boy” rapper was shot several times outside Street Exec studio just outside of the city. Bankroll Fresh was signed to Street Exec Records, a label owned by Atlanta rapper 2 Chainz.

Chainz tweeted about the senseless murder just moments ago.

“Man I’m a fan of Bru and always will be, I’m in shock at the moment. Senseless deaths we just got to stop it, I’m speaking up now,” the ColleGrove rapper wrote on Twitter.

Man I'm a fan of Bru and always will be , I'm in shock at the moment !! Senseless deaths we just got to stop it , I'm speaking up now ??

Details surrounding Bankroll Fresh’s murder are still sketchy at the moment but sources say he was on his way to make a club performance at Medallion nightclub.

11Alive reported that cops found some 50 plus shell casings on the scene of the murder. The rapper died while on the way to the hospital. Bankroll is best known for his single “Hot Boy.”

As the news spread, several artists have since tweeted their condolences including DJ Drama and Juicy J.

I'm sick to my stomach ?

R.I.P. Bankroll Fresh this is so sad

This is a photo of Bankroll Fresh, 2 Chainz and Juvenile on a music video set. 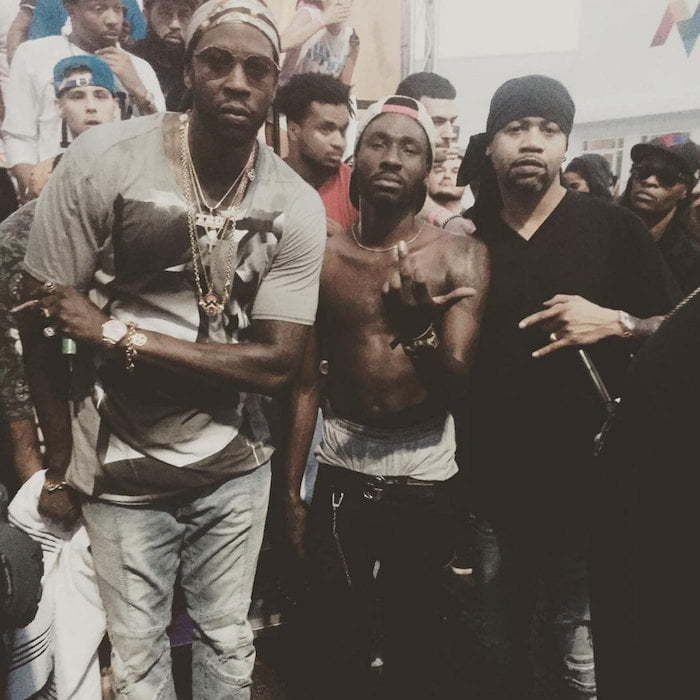