Martin Shkreli has threatened Ghostface Killah and it looks like things could get serious.

Seems the pharmaceutical billionaire was up in his feelings last night when he post a video threatening the rap legend and demanding that he apologize for calling him a “Michael Jackson nose kid.”

If you don’t know who Shkreli is we will give you a brief history. He is the same guy who notoriously raised the price of vital AIDS medication, Daraprim, from $13.50 per pill to $750. He also purchased the Wu-Tang Clan album “Once Upon a Time in Shaolin” for a reported $2 million.

So why would he and Ghostface Killah be beefing? Last week Ghostface called him a “sh*thead” and then yesterday he made fun of Shkreli calling him the “Michael Jackson nose kid.” Seems that was the last straw for the embattled billionaire who also recently got arrested for securities fraud. 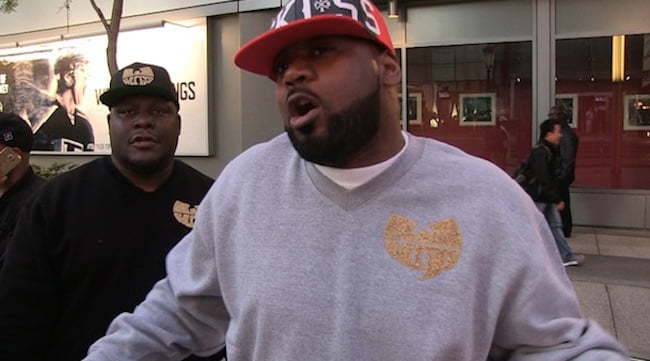 “Most people never even try to beef with me, because nobody’s that dumb,” Martin Shkreli said in a video with three mask men by his side.

Shkreli was just getting started. He went on to demand that Ghostface Killah write him an apology and also claimed that he owns him. He also referred to Ghostface by his government name, Dennis.

“If you ever say some dumb sh*t, I’m gonna erase all you’re sh*t from this album,” Shkreli added. “I’m gonna erase you from the record books of rap. You’re my son. You have to listen to me. I butter your bread. Without me, you’re nothing.”

We haven’t heard anything from Ghostface Killah since then.