Tyga has been in the news a lot lately for reasons other than his music. Yesterday during a press conferences a 14-year-old model/singer name Molly O’Malia told the world that the Young Money rapper send her suggestive messages and made her feel uncomfortable.

Side note, Molly O’Malia is the same underage girl everyone is blaming for the demise of Tyga and Kylie Jenner relationship. She has been getting a lot of bashing on social media by fans of the two celebrities.

But Tyga is calling her story BS saying that he was only interested in her singing abilities when he asked her to FaceTime with him.

In the text messages obtained by TMZ, Tyga clearly asked her to send him some music. He said that he wanted to FaceTime her while he was in the studio so that he and his producers can hear her sing.

Also in the text message she clearly told Tyga that she was 17 years old. 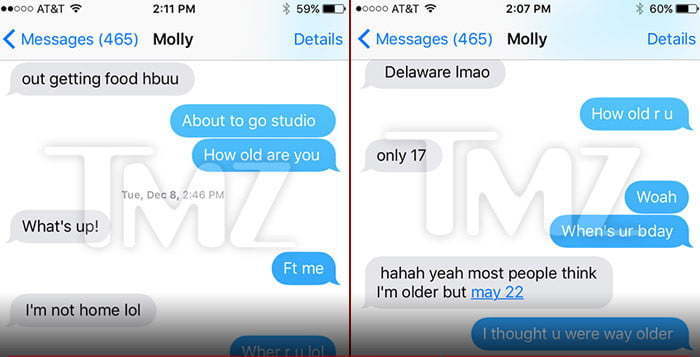