Fetty Wap is the most generous BFF this holiday. The New Jersey rapper bought his close friend and fellow Remy Boy rapper a BMW i8 for Christmas.

The car is valued over $140,000 and Fetty delivered it to Monty in person and the whole thing was documented and posted on Instagram. It got a little emotional when Fetty Wap told Monty that the car is his and the two hugged it out.

Side note, both Fetty and Monty were once homeless together before they became a household name in rap music. Fetty has had a huge year this year with several Billboard top 10 singles including “Trap Queen” “Again” “My Way” and “679.”

Monty appeared on all of 9 tracks off Fetty Wap’s debut self-titled album. The project was released with 20 singles. Perhaps Wap will share a Grammy with his best friend forever.

Despite dominating radio this year, Fetty Wap only received two Grammy nominations for Best Rap Performance and Best Rap Song for “Trap Queen.” You would think that he would also get a nod for Best New Artist, think again. 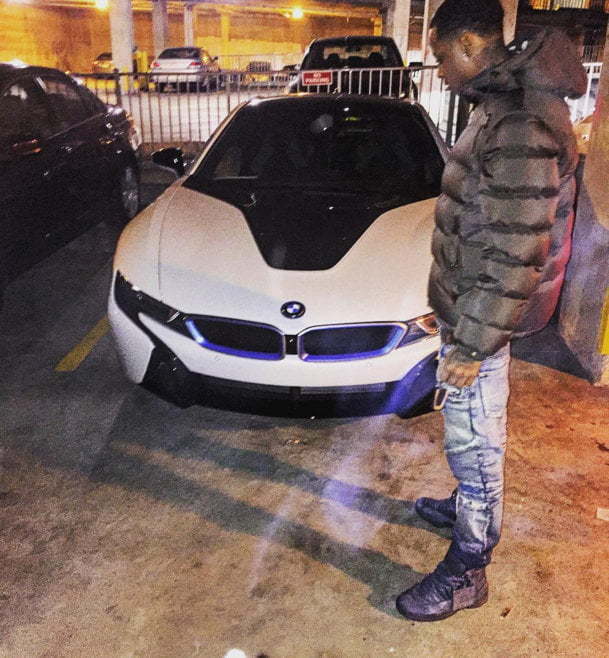 #PressPlay : #FettyWap got fellow Remy boy #Monty a new BMW i8 for Christmas! I need to be on Fetty gift list next year ? pt.1

#PressPlay : #FettyWap gifts #Monty with a BMW i8 pt. 2 #BFFGoals